Mumbai (The Hindu): Police say Khadse forced them to file an FIR against a builder who had levelled charges against him

Maharashtra BJP chief Raosaheb Danve has come out in support of Revenue Minister Eknath Khadse facing a host of allegations.

Speaking to television channels in Jalna on Friday, Mr. Danve said the crucial meeting between Chief Minister Devendra Fadnavis and Prime Minister Narendra Modi in Delhi late on Thursday night, hours after he gave a report to BJP chief Amit Shah on Mr. Khadse, could “well be a defence of Mr. Khadse” and there was no need to lend it an “ominous colour.” 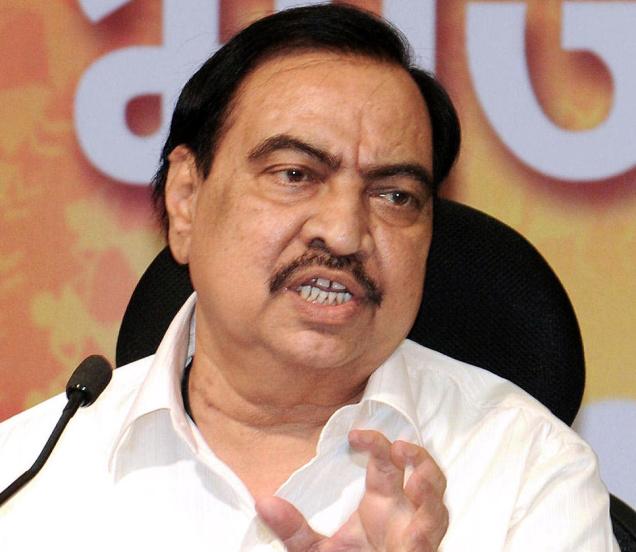 There is intense speculation that Mr. Khadse will be relieved of his post after the Rajya Sabha and Council elections, scheduled to be held on June 10.

Earlier, speaking in Delhi, Mr. Fadnavis said he had submitted the facts to Mr. Shah on the allegations against Mr. Khadse and that the party would now take necessary action.

Mr. Khadse’s name has figured in two scandals: a murky transaction regarding the purchase of prime industrial land in Pune and his cellphone number showing up in the call records of fugitive underworld don Dawood Ibrahim.

In further embarrassment to the Minister, the Pune police admitted that Mr. Khadse had indeed abused his power by forcing them to file an FIR against local builder Hemant Gavande, who had accused the Minister of purchasing an MIDC plot at a throwaway price of Rs. 3.75 crore for private use.