Mumbai (The Hindu): 'If the entire process is going to be handed over to the district administration, the situation is also likely to worsen'

The government on Tuesday relaxed the environmental clearance process for sand mining, making it possible to get permissions for area up to five hectare at the district level. 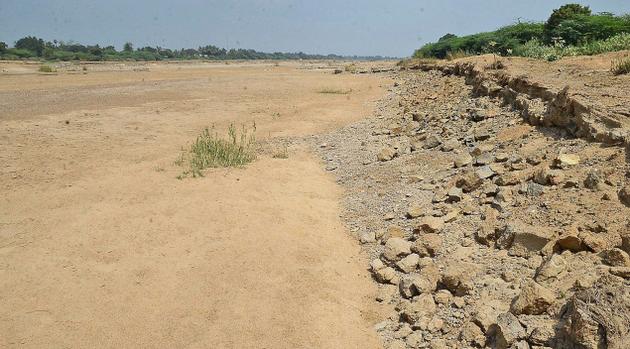 While the government has called it an effort to decentralise and speed up the process, activists fear that the decision may work in favour of sand mafias, who have already gone out of state’s control.

Earlier, the State Expert Appraisal Committee (SEAP) and State Environment Impact Assessment Authority (SEIAA) were given the responsibility of sanctioning environmental clearance to sand mining from all parts of the state.

“The committees were over burdened with the work and it has been delaying the entire process. Following the court’s orders, it was expected from the state to form a new sand mining policy and decentralize the process,” said Revenue Minister Eknath Khadse.

As per the new policy changes, the state level committees will be replaced by district committees. “All sand mining leases for land measuring less than five hectare will be cleared by these committees. Only for proposals for land over five hectares will come to state committees,” said Mr Khadse.

The government claimed that since the auction of sand mines was stopped for over a year, the construction business in urban areas is facing a dearth of sand, which is used as building material. “Now with simplified process, we will have uninterrupted flow of sand,” said Manu Kumar Srivastava, Principle Secretary, Revenue.

However, the environment activists who have been fighting in courts against illegal sand mining are claiming that the decision will ultimately benefit sand mafias and do no good for the state. “The green tribunal order did call for district committees, but it was not for giving permissions. The district level committees were meant for monitoring the entire process,” said Sumaira Abdulali of Awaz foundation, an NGO working on environment issues.

Ms Abdulali, who has been crusading against rampant sand mining, added that presently the sand mafias are involved in burning government vehicles and beating up officials. “If the entire process is going to be handed over to the district administration, the situation is also likely to worsen,” she said.

On Monday, the government also announced a list of people who would not require environment clearance for mining sand, clay from the river beds. The list includes potters, tile makers, gram panchayats for building public properties, any government ordered work to prevent flooding and works such as building roads, lake etc.

If the entire process is going to be handed over to the district administration, the situation is also likely to worsen