Modi is leader of the world: Shah

Mumbai, (The Hindu): BJP national president Amit Shah on Sunday called Prime Minister Narendra Modi a ‘leader of the world’, while showering praises on the latter for his networking skills. “Whichever country he goes to, thousands queue up to see him and to listen to him. People all over the country are recognising his leadership. This is a proud moment for India,” Mr. Shah said at an event to launch the Hindi version of Hamare Narendra Bhai, a biography of Mr Modi. It had been originally published in Gujarati in 2010. 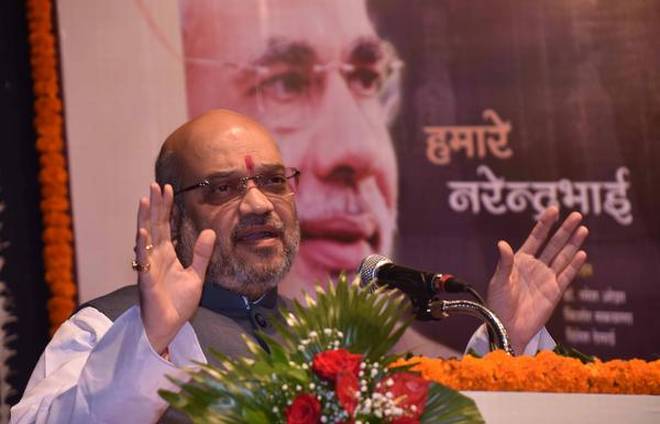 Mr. Shah claimed the BJP snatching power from Congress in Gujarat in 1995 was a clear manifestation of Mr. Modi’s ability to nurture the organisation. “Forming a government is easy but nurturing a hardcore worker is much tougher. Narendrabhai helped thousands of such workers in Gujarat and brought them into mainstream political activities."

During his visit to Mumbai on Sunday, Mr. Shah did the rounds of Ganesh mandals.