Mumbai (The Hindu): First capital punishment in Maharashtra in an acid attack case. In the first such order in an acid attack case in Maharashtra, a special women’s court here sentenced Ankur Panwar to death on Thursday. He was convicted of the charge of throwing acid on Preeti Rathi at Bandra station in 2013 after she chose to pursue her nursing career, declining his proposal for marriage. 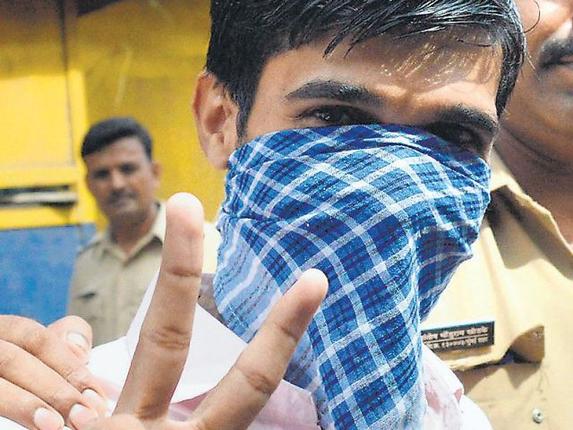 Special Judge Anju S. Shende said: “According to the mitigating and aggravating circumstances, the facts of the case and the recent acid attack judgments by the Supreme Court, the accused is sentenced to death… , subject to confirmation by the Bombay High Court.”

She said the accused could appeal against the judgment within 30 days.

The court gave its judgment based on the statements of eyewitnesses and the fact that he was unable to explain the acid marks on his hand. It observed: “He wanted to have her and he could not get her, that is why he wanted to destroy her. The height of brutality in acid attacks is more than that in the cases of rape. Rape is considered as destroying the very soul of the victim, but even then if she is kept at a safe place she can stay without disclosing her identity; but in the case of an acid attack, they [the victims] have to move around with their bodies. I consider him a sadist as called by the prosecutor and I did not find that he could be reformed.”

On May 2, 2013, Preeti came from New Delhi to Mumbai by train to take up a nursing job at the INHS Asvini Hospital.

Panwar, Preeti’s neighbour in Narela, followed her on the same train and threw acid at her when she alighted at Bandra.

The Mumbai District Legal Services Authority awarded Rs. 2,02,000 to Preeti’s family after she died of burns and injuries a month after the attack.

Defence lawyer Apeksha Vora said Preeti had died because of medical negligence as the acid was not proved to be sulphuric acid, and Panwar was falsely implicated because he was arrested seven months after the incident. However, Special Public Prosecutor Ujwal Nikam said Panwar threw the acid on Preeti as she wanted to pursue her career in Mumbai and he wanted to marry her.