Mumbai (The Hindu): A day after the assault on a toddler at a play school in Navi Mumbai came to light, the police on Friday booked Priyanka Nikam (34), owner of Purva Playschool and Nursery, for attempt to murder. 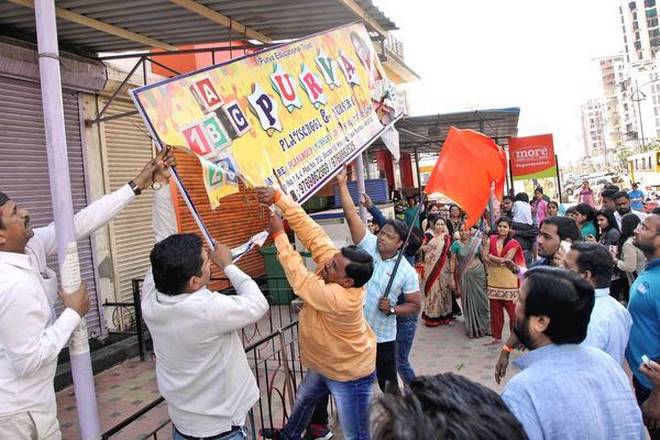 She had been booked on charges of voluntarily causing hurt to a 10-month-old baby and released on bail on Thursday.

Senior Police Inspector Dilip Kale from Kharghar police station said, “A notice has been served to Ms. Nikam to appear in court. Once she does that, court has the right to cancel her bail following which we can arrest her.” Mr. Kale also confirmed that no other parent has yet approached them with complaints of assault, but they would check the CCTV footage to verify if the other children were treated properly or not.

Caretaker Afsana Shaikh (30) was booked under attempt to murder charge after the CCTV footage showing her banging baby Ritisha on the floor was shown to the police by her mother.

Doctors on Friday said there was no threat to the baby’s life.

Acting swiftly, the Navi Mumbai Police Commissioner Hemant Nagrale on Friday issued a circular making it mandatory for all creches, play schools, nurseries in Navi mumbai area to register at the local police stations and instal a CCTV network. Such premises will also have to check the CCTV footage every 24 hours, and report any untoward incident. It has also been mandatory for them to get character verification by the police of all ayahs, caretakers, and other employees within 90 days.