Mumbai (The Hindu): The Nationalist Congress Party (NCP) on Thursday alleged that state Women and Child Welfare Minister Pankaja Munde-Palve is on the board of directors of more than 36 companies and has two Director Identification Numbers (DINs), which is illegal. 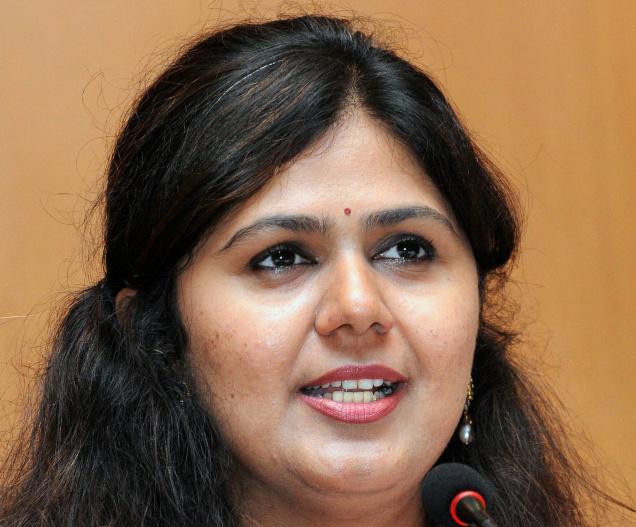 Three days ago, Mr Malik had alleged that Ms Munde’s husband uses two different names in his commercial dealings. “On her website, she has mentioned her husband’s name as Dr Amit Palve, while in an election affidavit of 2014 the name is mentioned as Dr Charudatta Palve,” he said. He also alleged that her husband uses the first name in political circles and the second to promote commercial interests.

The NCP alleged that all actions by the minister look suspicious as she has two sets of information in many places. “She must come out and clarify on these irregularities which are creating doubts in people’s minds,” Mr Malik said.

The controversy erupted after Ms Munde opposed plans to cut water supply to breweries. The NCP had alleged that the minister was putting her commercial interests above the state’s since she and her husband are directors of Radico distillery.