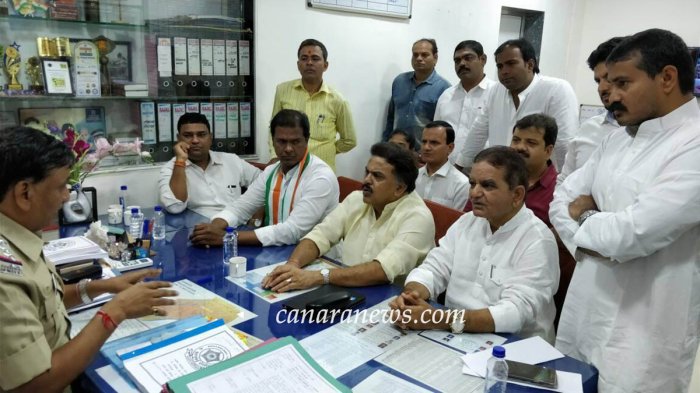 Mr. Rao, the national spokesperson of the BJP, had tweeted on Wednesday that Mr. Gandhi had joined hands with the Owaisis and the Gilanis to protest the Ram Mandir in Ayodhya, and went on to refer to Mr. Gandhi as a “Babar devotee” and a “relative of Khilji”, attracting the ire of politicians.

On Friday, Mr. Nirupam visited the Versova police station and submitted a written application saying that Mr. Rao be booked under Section 66 (A) of the Information Technology Act for making a statement with the intention to harm and malign Mr. Gandhi’s name.

Mr. Nirupam also took to Twitter to voice his objection, saying, “Political discourse should not go down to this level. Rahul Gandhi is President elect of main opposition party in India. You should never make such derogatory comments.”

The application to the police also seeks that Mr. Rao’s tweet be removed.

“The police have already started their inquiries and will inform me within a day or two about the progress. Mr. Rao’s Twitter account should be suspended for his statements,” said Mr. Nirupam, in a statement issued later on Friday.

Senior Police Inspector Sanjay Kale of the Versova police station confirmed that they had received Mr. Nirupam’s application and said that inquiries were under way.