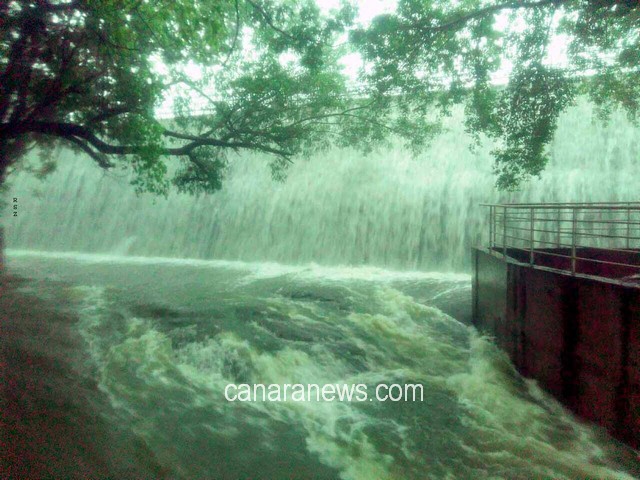 A BMC official said, “The newly-commissioned Britannia storm water pumping station and similar facilities are constricted during high tides and have to keep the water discharge gates shut three hours before it sets in. Since 7.48 a.m. today, the discharge gates were shut up to 1 p.m. during high tide. Once the tide ebbed, the pumping stations were able to resume flushing operations to discharge water accumulated in the low-lying areas into the sea. By evening, the situation was under control.”

Several bus routes servicing these areas were diverted till the water had been drained. Data from the BMC’s automatic weather stations showed that areas like Byculla, Dharavi, Wadala, Worli, Chembur and Deonar received more than 60 mm rainfall between 8 p.m. and 4 p.m. The city averaged 55.50 mm while the western suburbs received 47.43 mm rain and the eastern suburbs received 56.01 mm rain in eight hours.

The BMC spokesperson said water levels in lakes that provide drinking water to the city showed a 50 per cent drop in water levels compared to the corresponding period last year, when the monsoon had set in on time. Reports said 55 trees had fallen across the metropolis, with 14 reported in the city, 11 in the eastern suburbs and 30 in the western suburbs.

The India Meteorological Department has predicted more rainfall in the city over the next 24 hours. “Occasional spells of rain with heavy rains at one or two places likely to occur in city and suburbs,” IMD’s forecast for 48 hours said.

Rains affected operations at Mumbai airport on Saturday, delaying flights by 30-40 minutes till late evening. Visibility at the airport was below 800 metres at times, leading to airspace congestion.

“Almost all flights were running late by more than half-an-hour as incoming flights were delayed due to the rains. Nearly a dozen flights were asked to go around due to congestion. However, there was no diversion or cancellation,” an airport official said. Airline officials anticipated flight delays to into the night.