Rebel with a taste for power

Mumbai (The Hindu): From hostel room number 50 in Mumbai’s Siddhartha College to a Minister of State in the central government, Ramdas Athawale’s political journey has been remarkable, and full of twists and turns, but always fuelled by ambition.

Mr. Athawale claims that he has biggest following in Maharashtra when compared to other Dalit leaders like Prakash Ambedkar and Jogendra Kawade. He has certainly earned a reputation for aggressive leadership, though his critics say that his manoeuvrings to keep close to power has softened that aggression. He has been accused of running the Republican Party of India (RPI) not in its own best interests but rather to achieve his personal political ambitions. 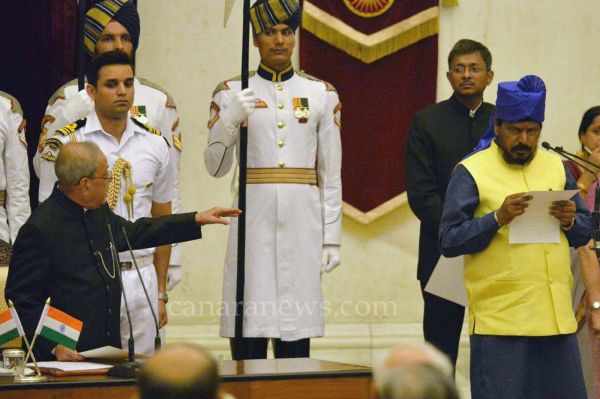 At his college’s hostel, Mr. Athawale’s next-door neighbour was a certain Raja Dhale, who became one of the founders of the Dalit Panther movement. Siddhartha College, at that time, was known as the hotbed of the Ambedkarite movement; many of its alumni became activists and leaders. While Mr. Athawale is often wrongly credited with being one of the founders of the Dalit Panthers, what is true is that he, with Arun Kamble, kept the movement alive after splits over ideological differences.

His rise to a force to be reckoned with in Maharashtra began with the movement to change the name of the Marathwada University to Dr Babasaheb Ambedkar University. The movemenet saw violent clashes between upper-caste Marathas and Ambeskarites, and ex-Panthers, such as Mr. Dhale and the late Namdev Dhasal, kept themselves aloof from the movement, but Mr. Athawale kept the demand alive and, ultimately, victorious.

In the mid-80s, Sharad Pawar convinced Mr. Athawale to join the the state cabinet. The young leader stayed allied with Mr. Pawar’s NCP for a while, then switched allegiances, to the Congress, which got him a Lok Sabha term. In 2009, Mr Athawale was the candidate of Congress-NCP alliance from Shirdi Lok Sabha constituency but lost, allegedly after a strong Maratha lobby revolted against him.

In 2014, he made a U-turn: the firebrand Dalit-Buddhist leader, a life-long opponent of the saffron ideology, joined hands with the BJP-Shiv Sena alliance. The reward came: the BJP sent him to the Rajya Sabha from its quota, and now, after repeated pleas and demands, subtle and otherwise, he has finally been given a Minister of State post in the union cabinet.