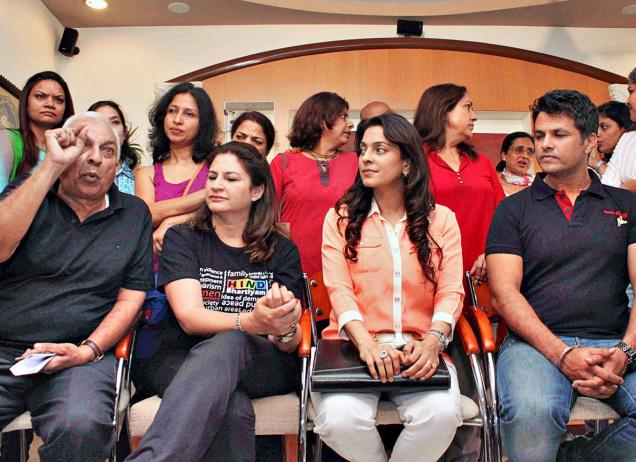 On Sunday, residents were to stage a silent protest to raise awareness about radiation from mobile towers, but had to call it off their march as they were unable to obtain police permission for the same.

“We are not against 4G tower per se, but we don’t want it in a children’s park. We have spoken to elected representatives and will garner their support without any political banner. Radiation affects everyone and is damaging to small children. We will intensify our agitation,” Surjeet Singh Dadiala, coordinator for the citizens’ campaign, told The Hindu . Actor Juhi Chawla, who was associated with the stir against mobile towers at Malabar Hill, came out in support of Andheri residents.

According to Green Acres resident Neelam Bhatt, “Many are aware of the harmful effects of radiation. People have got cancer, some have complained of eye problems, which their doctor said was due to radiation. We cannot see radiation or feel it for a long time. Are we going to wait for 50-100 years for people to believe in its ill-effects? We are not against mobile towers, but they should be not be installed near residential areas, hospitals or parks. We will take to the streets and fight. We are not going to sit back.”

Prakash Munshi, convenor of citizens groups of Mumbai, said the tower inside the Celebrations Club was not part of the list sanctioned by the BMC. Also, K-West ward in Andheri had many recreational spaces and a school. He said the lowest part of the antenna must be higher than the building.

Mr Munshi was among those who petitioned the Bombay High Court against illegal mobile towers. “We had 13 illegal towers removed from Sahyadri Guest House. People are still not aware of the bad effects of radiation,” he said.