Mumbai, (The Hindu): The Shiv Sena on Wednesday sparked a controversy by attributing the Bharatiya Janta Party (BJP)’s victory in the Mira-Bhayandar Municipal Corporation elections to ‘muni and money’ power. 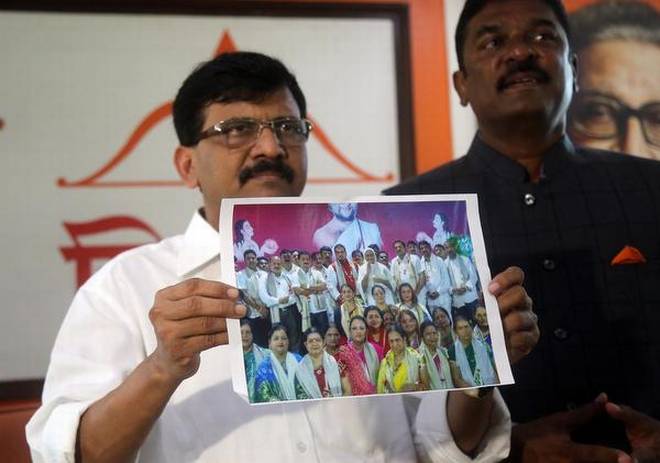 Comparing monk Naypadmasagarji Maharaj, who had campaigned for the BJP, to controversial preacher Zakir Naik, Sena spokesperson Sanjay Raut said his party will lodge a complaint with the election commission against the monk’s remarks.

The Jain monk had asked voters to support the BJP by claiming it was the only party to promote vegetarianism. Of the 95 seats in the Mira-Bhayandar civic body, the BJP has got 61, the Sena 22, the Congress 10, and the Nationalist Congress Party has scored nil.

“This BJP victory is a blot on the culture Maharashtra stands for. The monk had issued nothing short of fatwas on the lines of those issued by the Imam of Jama Masjid. Those who issue such fatwas are goons,” Mr. Raut told reporters.

Mr. Raut said the Jain community is known for its non-violence mantras, but the monk’s remarks came across as ‘violent’. “Such monks only create law and order problems, and we will not shy away from lodging a complaint.”

The BJP hit back at the Sena. “We condemn their comment on the Jain monk. They are frustrated with the loss,” said party’s Mumbai chief Ashish Shelar.

BJP leader Madhav Bhandari said the Sena has no right to speak against a monk who has devoted his life to society.

Senior leader Kirit Somaiya said, “The Sena’s arrogance and dadagiri is crossing all limits. How can they compare a muni to Zakir Naik?”