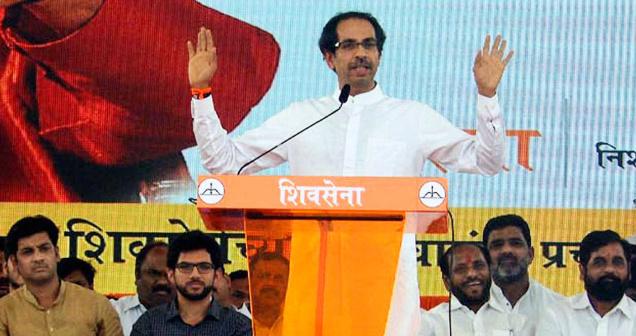 The Sena chief accused West Bengal Chief Minister Mamata Banerjee, whose state is going to polls next month, of playing vote-bank politics by assuring “foolproof security” to the Pakistan squad.

He said Islamabad continues to sponsor terrorism in India.

“What Himachal Pradesh Chief Minister did was right. I congratulated him though he belongs to the Congress. He showed what true patriotism is when he said he cannot provide security to Pakistani players,” Thackeray said.

The India-Pakistan T20 group match, scheduled for March 19, was shifted by ICC from Dharamsala to Kolkata because of security reasons.

The Sena chief said when Singh refused to guarantee security to Pakistan in Dharamsala, he thought others will follow suit.

“But, Mamata said yes (to host match). She called them to her State... She welcomed (Pakistani singer) Ghulam Ali and Pakistani players. Why? Because her state is going to polls? When you talk of vote-bank politics, and indulge in Muslim appeasement for vote-bank politics, it is called secularism. But if we appease Hindu vote-bank, you call it communalism?” he said.

“The big question is: should we play with those who attack India? There should be sportsmanship. We are not against the spirit of the game.

“There will be kabaddi matches, cricket matches... it goes on. But, they (Pakistan) aid infiltration,” he said at an event in Chandrapur district.

Uddhav said cricketing ties with Pakistan can resume when the issue of cross-border terrorism is settled. —PTI