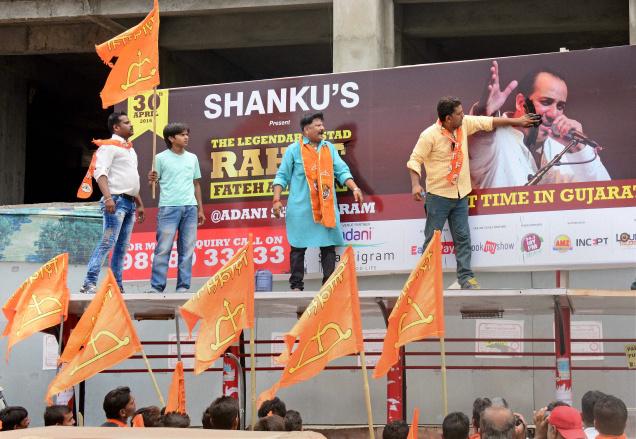 Around 20 activists of the local Sena outfit first tore apart a large banner near the Shahibaug under-bridge and defaced another banner with black colour at RTO circle, according to local Shiv Sena leader Jitu Solanki.

“Pakistani singers are making money when Indian soldiers and citizens are getting killed by Pakistan-backed terrorists,” he alleged.

“We can not allow such commercial activity by them. We want to tell them that Gujarat’s doors are closed for them,” he said.

Though there is no official word from the organisers after today’s developments, a ticket booking clerk told PTI that several vendors associated with the event were calling up the office. “The booking for the show is going on at present and the concert is scheduled to be held as per programme.