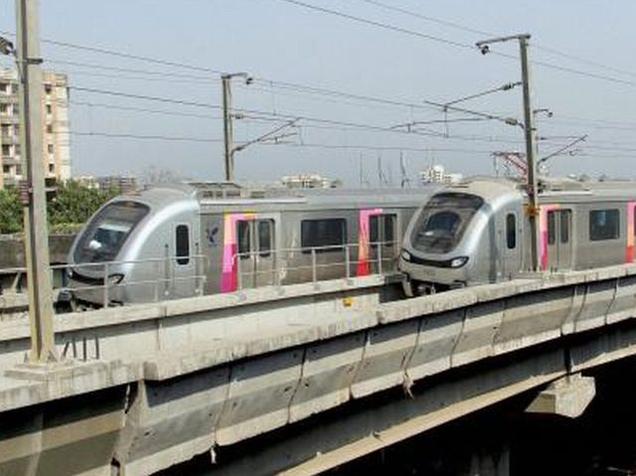 He also accused ally Shiv Sena and the Congress, which opposed handing over civic plots for the project, of pandering to the builders’ lobby, which is interested in redeveloping buildings that are likely to be affected by the project.

“This is not an issue of emotions or displacement of Marathi-speaking people but of development. Nobody will be displaced due to the project, but project-affected people will be given houses double the size at the same spot,” Mr. Shelar said, accusing the Shiv Sena and Congress of exploiting the emotive issue of displacement of Marathi-speaking people.

The Shiv Sena and the Congress had strongly opposed handing over 17 plots belonging to the Brihanmumbai Municipal Corporation for the project, and defeated the resolution when it came up for voting before the general body earlier this week, annoying the BJP. The Shiv Sena, Congress and Samajwadi Party joined hands to defeat the proposal by a 98-26-vote margin.

The Congress questioned the rationale of giving away so many open spaces to the project when open spaces are depleting., while the Shiv Sena raised the issue of displacement of Marathi-speaking people from Girgaum and the removal of Hutatma Chowk for the project.

“The ownsership of these 17 plots will remain with the BMC. The Mumbai Metro Rail Corporation has merely asked for these plots on a 30-year lease. The corporation has also agreed to all 47 conditions. When this proposal came up before the Improvement Committee, it was approved, but the Shiv Sena and Congress did a U-turn when it came up before the general body,” Mr. Shelar said. No one would be displaced permanently, he said.

After BJP members of the Legislative Assembly raised this issue in the Assembly, Chief Minister Devendra Fadnavis had appointed two agencies as consultants to suggest alternatives and their report has been forwarded to the BMC by the state government. “Yet, they are claiming they are not aware of it,” he said.

The rehabilitation of residents will be done under the MMRC’s community development scheme, he said, adding, “So, obviously the builders who have already prepared the redevelopment plans for these buildings will not be able to execute them and that is why the Congress and the Shiv Sena are opposed to it.”

He also questioned the Opposition’s timing, saying political parties have opposed it at a stage when tender negotiations are on.