Mumbai, (The Hindu): A Special Court on Saturday took cognisance of the charge sheet filed by the Anti-Corruption Bureau against former Deputy Chief Minister Chhagan Bhujbal. The charge sheet runs into 20,000 pages and contains statements of 60 witnesses. There are allegations of money laundering and land grabs in the construction of the Maharashtra Sadan in New Delhi, and Mr Bhujbal’s son Pankaj is also named in it. 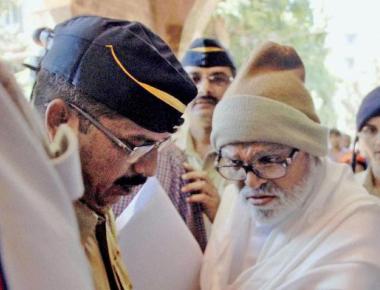 All accused have been charged under IPC sections 420 (cheating and dishonestly inducing delivery of property), 406 (criminal breach of trust), 465 (forgery), 468 (forgery for the purpose of cheating), 471 (Using as genuine a forged document or electronic record), 120 B (whoever is party to a criminal conspiracy to commit an offence punishable with death), and 34 (common intention) and relevant sections of the Prevention of Corruption Act. The case is adjourned till June 15 and summons is likely to be issued to the accused then.