Mumbai (Thne Hindu): A 22-year-old woman, Rekha Navle from Thane, was allegedly thrown from a running express train on Thursday. The incident took place while the Mumbai-Gorakhpur express was between Kalyan and Thakurli stations. Ms. Navle, who had boarded the train with her mother in Nashik, had stopped a man from entering into the women’s compartment. 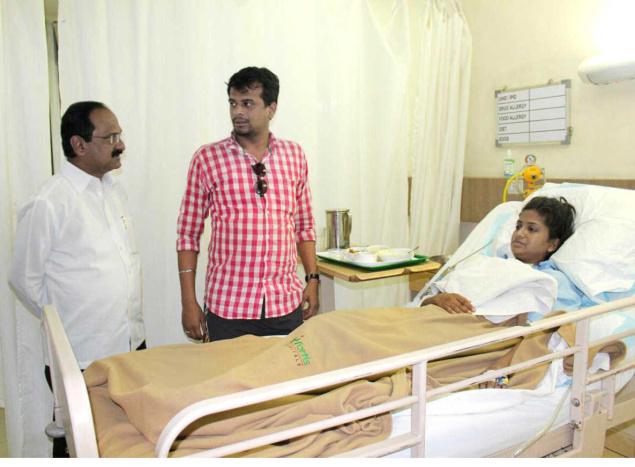 The man, identified as Dinesh Yadav from UP, had come to see his wife and kids in the women’s compartment. Yadav, who was travelling in the general compartment, would come to see his wife at every station. An argument ensued after Ms. Navle, who is an engineering student, objected to Yadav entering the women’s compartment. Yadav then pushed the mother and daughter. Ms. Navle fell off from the running train.

Banker Amit Mahmulkar, who was out for a walk with his wife and kid, spotted an injured Ms. Navle near the tracks between Kalyan and Thakurli stations. He said, “We had gone for a stroll when we saw a woman struggling to walk. When we asked what happened to her, she said she couldn’t remember anything, and she might have fell from train. She was bleeding and she couldn’t sit nor stand. We immediately took her to the Fortis Hospital.”

He said, “The girl is out of danger now and is recovering...hope she gets well soon,” he added.

Yadav was later arrested by the Government Railway Police at Dombivali.