The morning after: businesses run out of change

Mumbai (The Hindu): A day after the central government demonetised Rs. 500 and Rs. 1000 currency notes, the city faced a massive shortage in notes of smaller denominations. While services such as pharmacies and toll booths were prepared to accept Rs. 500 and Rs. 1,000 notes, they simply did not have enough change to return. 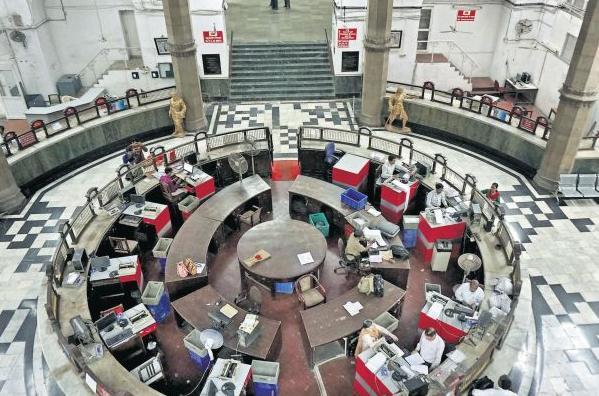 People travelling to work by road on Wednesday found themselves stuck in serpentine queues at toll booths. Joint Commissioner of Police (Traffic) Milind Bharambe said, “While the initial assumption was that toll booths were refusing to accept high denomination notes, we later learned that they had run out of change as almost everyone was paying with a Rs. 500 or a Rs. 1,000 note. The number of such people was as high as 90 per cent, when compared to other days. This led to a traffic backlog of three to four hours, especially at Vashi toll naka and the Bandra Worli Sea Link.”

The traffic police had deployed additional personnel at toll booths to regulate traffic and called in reinforcements from local police stations, knowing that tempers would be frayed.

The same problem was noted at medical stores, where people flocked in large numbers. While many customers were genuinely in need of medicines, an equal number of people were trying to get rid of high denomination notes. The genuine cases, however, suffered the most.

National Chemist, situated adjacent to KEM Hospital in Parel, had to close in the afternoon after running out of change, leaving customers hunting for another chemist’s. Pooja Narkar, whose daughter was in surgery, had come to buy medicines urgently but was turned back as she did not have money in small denominations. “What should I do? Where I should go? Should I let my daughter die? Is Modi going to come to rescue us?” a clearly distraught Ms. Narkar said.

Shubhangi Rokade, 48, whose daughter was undergoing dialysis at KEM Hospital, had a similar tale. “I came rushing to the medical store as I needed to get some medicines and injections for my daughter urgently, but found it shut,” she said. Within some time, a sizeable crowd gathered outside the store in protest, leading to an intervention by a team from Bhoiwada police station. The medical store opened later in the day after arranging for change.

Not business as usual

Businesses, too, were affected by the government’s move. Businessman Kunal Prabhu, 36, said all transactions were being conducted on credit on Wednesday due to the crippling lack of cash. Shyam Choudhary, 38, who runs Piyush Jewellers in Parel, said not a single customer had come to his store on Wednesday.

Eateries, too, witnessed a sharp decline in customers, with people opting to order meals through mobile apps, while petrol pumps were only accepting refuelling orders of Rs. 500 or Rs. 1000 after running out of change early in the day.

DCP Ashok Dudhe, spokersperson, Mumbai Police said patrolling has been stepped up in commercial areas, but no major law and order problems were reported till Wednesday night.