Tolls back, brace for chaos

Mumbai (The Hindu): Toll road operators across the city are gearing up to get back to business, as collection of toll resumes from 12 a.m. on December 3 after a government-imposed hiatus of 24 days to deal with the demonetisation-related cash crunch. Operators say they have made adequate provision for cashless transactions through e-wallets, credit and debit cards. 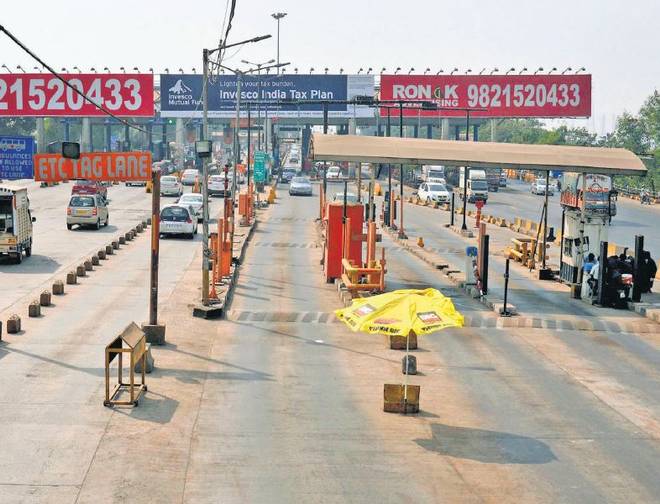 “We are geared up for the change. We will be accepting debit and credit cards at all toll plazas. We will also accept toll through e-wallets like Paytm and Mobikwik,” a spokesperson for IRB Infra, India’s biggest toll road operator, said. “We are also in talks with banks for providing RFIDETC FASTags, which will facilitate quick pass through toll plazas without wait.” IRB operates 60 toll plazas with 521 lanes at 14 operational projects across the country. The company’s average daily toll collection was Rs. 7.5 crore in October.

The central government, which suspended user fee collection at all National Highways Authority of India (NHAI) projects from November 9, 2016 till midnight of December 2 after 500- and 1,000-rupee notes were discontinued, has decided to compensate toll operators based on their average daily collection in October.

In reply to a question in the Lok Sabha on Thursday, Pon. Radhakrishnan, Union Minister of State for Road Transport and Highways, said average toll collection per day from plazas under the National Highways Authority of India (NHAI) is Rs. 51.59 crore, which hasn’t been accruing to the government’s coffers since November 9.

Besides, there are several toll plazas run by contractors of State government undertakings, which have started charging the fee. MEP Infrastructure Developers Ltd, which collects toll at five entry points to Mumbai and at the Bandra-Worli Sea Link, did not respond to queries on its preparedness to resume toll collection.

A government release issued on Thursday said highway users are requested to carry adequate change with them to avoid delays. The old Rs. 500 notes will be accepted till midnight of December 15, but only for purchasing FASTags and making toll payments of more than Rs. 200.

This, however, will not provide any relief to most motorists, who would like to pay in cash. The highest fee of Rs. 195 is charged for a passenger car on the Mumbai-Pune Expressway, so only users of heavy commercial vehicles will stand to benefit till December 15.

Officers and representatives of the NHAI are being deployed at all toll plazas to ensure smooth operations, where their contact details will be displayed, the release added.

There is, however, no clarity on how monthly pass holders will be compensated. An official with a toll road operator said they haven’t received a directive from the government in this regard, but all doubts will be cleared in the coming days.

The government’s decision to resume toll collection is expected to cause traffic jams at toll plazas as low-denomination currency notes continue to be in short supply. Getting change for the new Rs. 2,000 notes at toll plazas could be a problem, analysts said.