Mumbai (The Hindu): The frequent meetings between Chief Minister Devendra Fadnavis of Bharatiya Janata Party (BJP) and ally Shiv Sena chief Uddhav Thackeray, whether to announce housing policy or to solve issues of police personnel, not only indicate cordial relations between the two but if sources are to be believed, set to finalise poll pact between two parties for the upcoming civic polls. 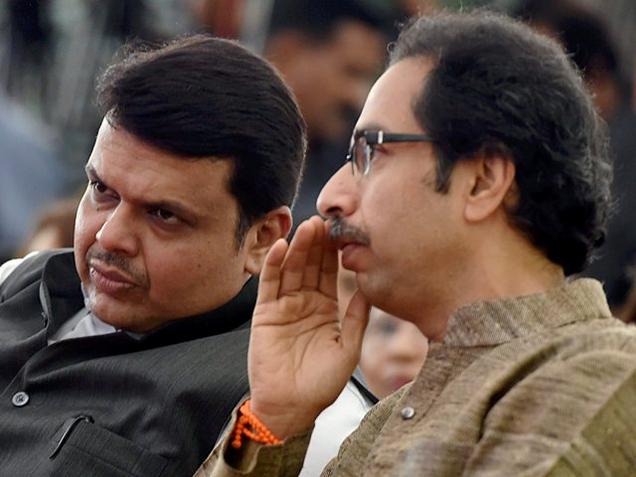 Denying all the previous assumptions of both the parties deciding to go alone in the Brihanmumbai Municipal Corporation (BMC), sources within the Sena and the BJP told The Hindu that both the leaders have agreed to contest the polls in February 2017 as a unit.

“As per the possible plan, BJP will contest on 90 wards out of 227 and Sena has agreed to contest on rest. The post of mayor will be shared by both the parties for two and half years each. Standing committee will be with Sena for five years, while BJP will head the BEST committee. Rest of the committees will be headed by every party for two and half years each,” said a senior Sena leader on the condition of anonymity.

For Mr Fadnavis, placing a BJP mayor at the BMC will add a feather in his cap as none of his party seniors or colleagues till date have managed to achieve this. According to sources, Mr Fadnavis has expressed readiness for the alliance, but is facing resistance from within the BJP itself.

According to the party fraction, opposed to the alliance, party must not remain limited to 90 seats after winning 15 MLAs in Mumbai in 2014 assembly polls. Both the parties have prepared to fight the election alone

Even though Sena continues to attack action of the government, its leaders have suddenly stopped talking against the BJP. “We are in power and we will continue to talk on matters related with people. But we no longer want to talk anything about BJP as a party,” said the Sena leader.

Both the parties had contested against each other in Kalyan Dombivli Municipal Corporation (KDMC) poll, only to join hand later on to share power. While the similar pattern was expected to be applied elsewhere, both the leaders seem to be against it. “This is also labelling us as power hungry and working on the lines of Congress-NCP. We cannot let that happen,” he said.

While no BJP leader was available to comment on record, all maintained that the final decision on whether to forge an alliance or not will be taken by CM and other senior leaders of the party.