Mumbai (The Hindu): Narayan Rane questions the Shiv Sena chief’s demand for a special Assembly session to discuss the Maratha reservation when the issue is pending in court 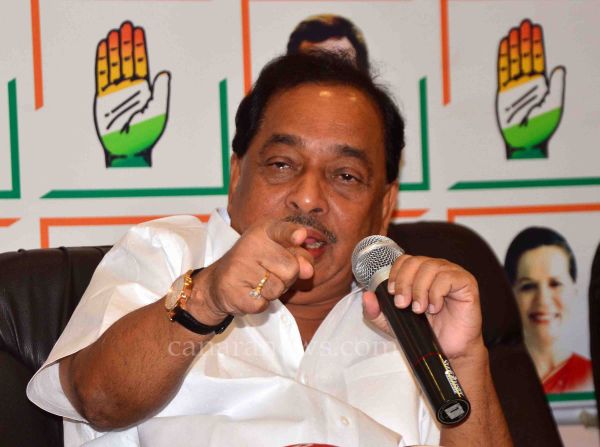 Congress leader Narayan Rane on Monday said Shiv Sena chief Uddhav Thackeray’s apology for publishing a cartoon on the Maratha rallies in Saamana , was a ‘half-hearted action’ taken due to ‘political compulsion’.

“A day after the cartoon appeared, the Sena leadership was firm on not apologising. Seeing the Maratha tide turning against them a week after, Mr. Thackeray had to tender an apology. This is no new-found love for Marathas, but political compulsion,” Mr. Rane said at a press conference.

Questioning Mr. Thackeray’s demand for a special Assembly session to discuss the Maratha reservation, Mr. Rane said the issue is pending in court. “How can you call for a session and take a decision when the court is dealing with the matter?”

The former Industries Minister, who also headed the Rane committee formed to recommend reservation for Marathas in the previous Congress-NCP regime, said neither the Sena nor Raj Thackeray’s Maharashtra Navnirman Sena (MNS) had approached him then extending support to the reservation demands.

“We had given reservation to Marathas using the tactics similar to those of Tamil Nadu where it is 68 per cent. This government did not even seem to have read our report and has not presented all details of it in front of the court,” he said.

A day after the MNS chief called for abolishing caste-based reservations, Mr. Rane said the real face of the MNS is now exposed. “How can one even think of cancelling reservations based on social backwardness? Is he going to talk to the PM to change the constitution?”

Mr. Rane questioned the MNS chief’s silence on the cartoon controversy. “Marathas were anyway not going to stand with him, but now that his real face is exposed, he should not even hope for it.”

The Congress reiterated its demand to announce the decision of reservation for Marathas at the earliest. “People are hitting the street with large numbers. The government will be held responsible for consequences if none of the demands are fulfilled.”

Saamana had published the cartoon last Sunday in its supplement which Marathas alleged was demeaning towards the women. Copies of the paper were burned all over the State. Initially, the Sena forced the cartoonist to apologise. As pressure mounted, Mr. Thackeray broke his silence on Saturday. Following him, Saamana ’s executive editor and Sena MP Sanjay Raut too apologised.