Mumbai (The Hindu): A week after he threw himself into the path of an incoming Virar-Churchgate local on July 10 at Bhayander station, the Vasai Government Railway Police (GRP) are still clueless about the man’s identity. 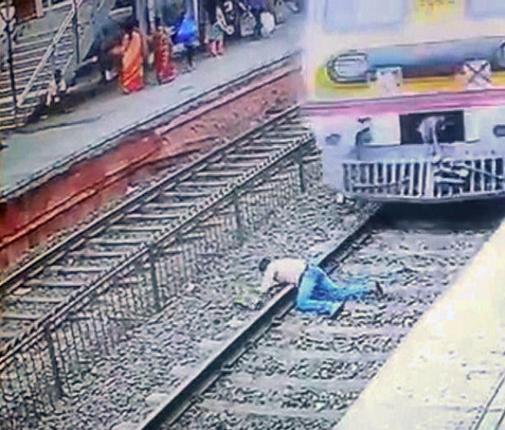 Footage from CCTV cameras installed at the station showed the unidentified youth was first seen on Platform 6 in the evening with his headphones plugged in. As the Virar-bound local was pulling in, he suddenly jumped onto the tracks and lay down in its path. Taken completely by surprise, the train’s motorman did not have the time to apply the emergency brakes.

The police have recovered his mobile phone and Rs. 1,000 cash from the body, and are going through the call data records to trace his relatives. As of now, police have registered a case of accidental death. Police Inspector Mahesh Bagwe, Vasai GRP, said, “We believe the man could have committed suicide due to a failed love affair, but that is speculation.”