Nobility and generosity join hands to provide a “glimpses of hope” for the homeless!

Bengaluru: Archbishop Dr. Peter Machado of Bengaluru joins survey conducted on urban and homeless in Bengaluru by Dream India Network and Impact India Consortium jointly. They initiated a Survey of Urban Homeless people in different parts of Bengaluru city. Bruhat Bengaluru Mahanagara Palike (BBMP) assigned the responsibility of conducting the survey in West and South Zones of Bengaluru to the NGOs under the leadership of Fr Edward, founder and mentor of Dream India Network which looks after hundreds of children in foster homes in the State. The survey was initiated in association with 35 voluntary organizations. Rev. Edward Thomas, the Project Holder of Urban Homeless Survey (from Dream India Network) and Rtn. Uday Kumar S.B., Convener-Impact India, Sampath besides other leaders.

Dr. Peter Machado joined the group for the night survey for a day. The servant leadership of Dr Machado with his simplicity was remarkable and well-taken by all concerned. His down-to-earth gesture to be one with the people was encouraging and inspiring. Mingling with others in the group, the Archbishop moved around and visited the urban homeless at Kalasipalyam temple and the Naada Prabhu Kempegowda Railway station. It was touching to see him giving a patient hearing and understanding their struggle. The Archbishop’s most touching gesture of covering the people with blankets - sleeping in the cold weather - was a noble reminder of the Bible quotation of Jesus ‘when I was naked you clothed me…!”

Some of the people were not even aware that they were protected from the chill weather and were helped to sleep well. The group members too had memorable experiences of observing the struggle of the destitute and urban homeless people. After completion of the survey he also celebrated Christmas in one of the urban homeless shelters at Majestic and had supper with them. Speaking to the survey team Archbishop said, “we all need to work together for solutions and he urged everyone to take an active role.”.

An Orientation programme for the enumerators was organized at BOSCO Mane to train them for the survey work. The programme began at 10 am, welcoming the guests. Sri Jagadeesh, Deputy Commissioner and Ms. Sumathi, Project Director of NULM were the chief guests of the event. In his inaugural address, Rev. Fr. Edward Thomas welcomed the guests and the survey enumerators and expressed his views on the urban homeless. He said there was land available in the district for the destitute and homeless but buildings need to be constructed in these places for their welfare. He assured that the maintenance of the same would be done. He expressed his heart-breaking pain to see “our fellow human beings lying on the road side and not being taken care of.”

The survey of the South zone commenced from December 18 for three days. The Flag-off ceremony was held in front of the Town Hall at 9 pm by Jagadeesh, BBMP Deputy Commissioner for Welfare. Nearly 60 enumerators and 30 voluntary organizations participated in the survey that was held in and around KR Market, Cubbonpet, Lalbagh, JC Road, Mavalli, Jayanagar and other nearby areas. They identified 1282 homeless people in the South Zone. The survey continued in the nights of December 19 and 20, in the areas suggested by the Deputy Commissioner.

The three-day survey identified a total number of 1255 urban homeless people in those zones. This survey was undertaken every time between 10 pm to 2 am.

Survey on Urban Homeless for south zone
The survey resumed on the second day, in the presence of Sri Jagadeesh, BBMP Deputy Commissioner and Fr. Edward, the advisor of Dream India Network along with representatives from Impact India Consortium at the Kempe Gowda Naada Prabhu Metro station on December 15. After having received the necessary instructions, the group dispersed to continue the noble task of surveying the urban homeless people.

Many of the groups also met homeless who had come from outside Bangalore in search of work. These people expressed their difficulties including their struggle to meet their self-needs. The experience of meeting the homeless left a deep and heavy impression on the surveyors, said some of the team members.

Orientation on Urban Homeless Survey
On the day of survey, all the group members from various organizations in collaboration with BBMP, Dream India Network and Impact India consortium gathered at the Town Hall at 9 pm. The Flag off was done by Sri Jagadeesh, Deputy Commissioner and Sri Randeep, the special commissioner. After some guidelines were given to the group members, the survey was undertaken. The special commissioner also informed that they had inspected a few possible locations for shelter homes for the urban homeless people. He also informed that the BBMP has requested Dream India Network and Impact India Consortium to undertake similar surveys in the East zone - especially in Cantonment and Shivajinagar areas. The special commissioner and the deputy commissioner also joined the group to visit many homeless people and witnessed their living conditions.

The survey groups found many homeless men who went for the daily coolie works near the temple premises. They gave a rent of Rs 20/- per night to sleep over there. It was very pathetic to see them without any mats and most of them covered with just sack cloth and news papers. Many of them were also affected with some sort of sicknesses.

The team interacted with them were informed that most of them belonged to various districts of Karnataka and Tamil Nadu. The special commissioner and the welfare commissioner said that immediate action must be carried out for the welfare of the people even before the actual construction of the shelter homes. They said that arrangements would be made at the earliest to provide around 150 folding mattresses.

The team moved towards the vegetable market of Kalasipalyam. People were seen to work in a day-night shift with around 500 people taking rest in the open building without any facilities whatsoever. It was learnt that they stayed there only with an intention to survive. Warm clothes were distributed to those who had none.

Valedictory of Urban Homeless Survey in South Zone
On the last day of the three-day survey, all the survey members gathered in front of the Town hall. Rev. Dr. Peter Machado made his presence and displayed an extraordinary image of service and humility. Like any ordinary person, the Archbishop moved around and visited the urban homeless at Kalasipalyam temple and at the Naada Prabhu Kempegowda Railway Station. It was ‘heart-touching’ to see the way he spoke to them and his understanding of their struggle.

On this day, around 100 blankets donated by the Sisters from St. Joseph of Tarbes were given to all those who had none while they slept.

The survey team had also taken a survey of East Zone of BBMP in the night of December 26 which was flagged off by Archbishop Machado from Cantonment Railway Station.

All Lead Organisations were requested to collect and submit completed survey formats at the earliest for compilation, said Fr Edward.

The survey members had memorable experiences of observing the struggle of the destitute and urban homeless people. The three days of survey identified a total number of 1768 urban homeless people in the zones surveyed. The number could always go higher with each passing day, the survey team observed.

The effects of the survey

Dream India Network and Impact India Consortium participating in the officers’ meeting made a resolution that no urban homeless would be without shelters on the road any more. 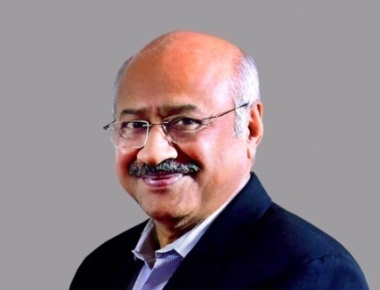 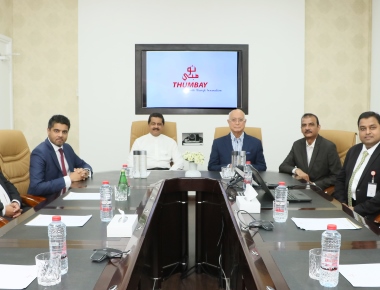 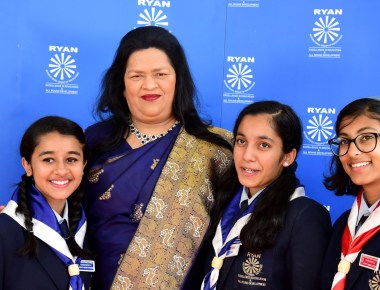