Bengaluru, August 19: The celebrations were unique in itself as three bishops (Archbishop Peter Machado of Bangalore, Archbishop emeritus Bernard Moras and Bishop George Rajendran of Thakkale diocese besides the Salesian Provincial of Bangalore, Fr Joyce Mathew Thonikuzhiyil) celebrated holy Eucharist separately at different times in three different languages on the occasion of the silver jubilee and for the annual parish feast on August 18, Sunday, in Bangalore.

Dr Moras, the main celebrant, during the first Mass in his sermon called upon the faithful to share the fire of love with others around. It is 25 years since Don Bosco Church was established and it had a humble beginning. Don Bosco was born on August 16, 1815, near Turin in Italy. He lost his father at the age of two. His mother was a pious woman but faced severe difficulties to bring up the children. Don Bosco had a dream at the age of six or seven to do something for the youth. He wanted to dedicate himself for the cause of youth as he had seen around him their struggle as he himself was undergoing such struggles.

Don Bosco was ordained a priest on June 5, 1841. Soon, he began to take care of those in prisons as so many were lodged in prisons. He thought to do something for their cause. He said to himself, 'let me win over them through loving kindness. Every one should be emulating him, not to be harsh with them. Don Bosco became part of their life and their activities. He won over them through friendship. He loved the Church, the Bible and Mother Mary.

Dr Moras urged all present to channel all activities to God and not for the sake of them (activities). In our involvement in social work, education and healthcare, give Christ to people as Pope Francis has often reminded us. Don Bosco won the hearts of the youth who were in hundreds and thousands and were going astray. Don Bosco had a saying, “Do your best, the Lord and Our Lady will do the rest.” God sees our hearts. He referred to the prodigal son. He said, “I have sinned, not worthy to be called your son, consider me to be your servant.” The father embraced the son, not remembering all his past. During the annual feast, all should experience God’s loving forgiveness.

Referring to the day’s reading, Dr Moras said Jeremiah was filled with the word of God like all other prophets. He was made to suffer for good faith. Quoting St. Paul, he said all should stand for faith like St Paul. “I have come to give life, life in its fullness.” The fire is an imaginary concept and it is God’s judgment. The fire – God’s love - is to purify, to transform, to burn and to obtain mercy. Every family should ask for God’s grace particularly on the feast day. The word of God is like a double edged sword. No one wants to accept the truth, it hurts us. Set someone’s hearts into fire. Jesus’ word says –“I have come to set fire…” If Jesus comes today, he would bring along with him his mercy, love and forgiveness. We feel God loves and cares for us. Burn this fire, burn in us to build God’s kingdom on earth.

Archbishop Peter Machado during the second Mass in Kannada reminded all to thank God for all the blessings all received during the last 25 years. He greeted all present with wishes. He said traditionally we keep this day for the Lord. It is good to give to the creator what he deserves – worship, praise, thanksgiving and adoration. Life is to be centred around Jesus. We need to work for peace and look for it at home and everywhere. Jesus Christ came for it. Dr Machado called upon all to feel the need to interiorize God’ mind. God has given us all our needs. It is our duty to please God. Pope Francis exhorted the faithful to follow the words of St Francis who said “imitate Jesus”. He said stick on to the truth whatever one does. Strive for God’s blessings and ask Don Bosco to intercede for us as we have received blessings all these 25 years. Dedicate and offer our life to lead a worthy and meaningful journey. Archbishop spoke high of the Salesians. He had several occasions to interact with them. He appreciated their work they carry out in Bangalore as well as other parts of the State.
The Salesians of Don Bosco (SDB), also known as the Salesian Society officially named the Society of St Francis de Sales (an early-modern bishop from Geneva) is a religious institute founded in the late nineteenth century by Italian priest Saint John Bosco to help poor children during the Industrial Revolution.

The Salesians are involved in the exercise of spiritual and corporal works of charity towards the young, especially the poor and the education of boys.

Bishop George Rajendran of Thakkale diocese in Tamilnadu who was the chief celebrant at the third Tamil Mass urged the faithful to be grateful to God for life and all the love and blessings received from the Father during the last 25 years. He admired the festal atmosphere in and around the church on the occasion of the jubilee and the feast which added to the joy in the hearts.

Bishop Rajendran, one of the youngest bishops of the present time, reminded the people to count the blessings they had received from God all these years. We get strength and protection as if from a shepherd. We should look for ways to grow spiritually and gain closeness to God. Don Bosco’s lofty ideals and principles should reflect in our deeds and thoughts. Don Bosco gave stress to the soul and his humility is to be imitated. He used to say, ”give me souls and take away the rest.”Don Bosco was for inclusiveness. He sought after souls and rejected none.

He was influenced by Fr Joseph Cafasso and began to work to alleviate the plight of boys who came to seek employment in the city. Working in borrowed premises, Bosco provided boys with education, religious instruction, and recreation; eventually he headed a large establishment containing a grammar school, a technical school, and a church, all built through his efforts. He also achieved a local reputation as a popular preacher. Fr Cafasso, his superior had full trust and confidence in Don Bosco. In 1830, Fr Cafasso handed over the keys of the shelf and was given cash for his work for the boys. He was a great person and human being who overcame difficulties with ease. He taught to love the sinner and hate only the sin. Even when he was humiliated, he was an example the way he faced the situation and handled it. Bishop Rajendran presented many an example and admirable stories from the life of Don Bosco which made him great and famous in his time.

St. John Bosco, died on January 31, 1888, Turin, at 72 and was canonized on April 1, 1934 by Pius XI. His feast day is on January 31. He was a Catholic priest who was a pioneer in educating the poor and the youth. He was not only a priest but was an educator and writer of the 19th century. Don Bosco’s Preventive System of education is very popular and well accepted even by other sections of the society. St. John Bosco, the marvel of the 19th century, is remembered as a pioneer who
dedicated his life to the service of the abandoned, neglected and the poor who was looked down upon by the society. Let Don Bosco’s life be a lesson for all, Bishop Rajendran added.

In Turin he and 22 companions founded the Society of St. Francis de Sales (also known as the Salesians of Don Bosco) in 1859, and before his death it had spread to England, France, Spain, and South America. With St. Mary Mazzarello he founded the Daughters of Our Lady Help of Christians (Salesian Sisters of Don Bosco) in 1872, a congregation of nuns.

Salesian Provincial of Bangalore comprising Karnataka and Kerala, Fr Joyce Mathew Thonikuzhiyil who was the main celebrant at the evening Mass said Jesus did not give up his journey half way when somebody wanted to go away and stop his work. Don Bosco was a relevant saint in the most modern world. In 1821, he belonged to a family at a difficult time. In their farm, little Don Bosco knelt down and prayed when the bell went. His elder brother questioned him. The young Don Bosco told him work and prayer go hand in hand. Don Bosco helped Fr Aloysius (the parish priest), Fr Stanly (the assistant) and Fr James (a student from Trichy Province) to fulfill this.

A cancer patient asked a nurse, if a crying room was available, “she said no room for crying, but we have a chapel here.” On one Easter Sunday the Pope said ‘It is not the work of miracles and multiplying that Don Bosco had done but the fidelity and commitment he kept towards whatever he had undertaken counted. His devotion to duty more than anything else mattered. He taught not to be influenced by negativism. When they faced loss of crops, he said ‘the Lord gave and He took it away. His brother Antony did not encourage him for study or anything else including spiritual matters. When people oppose, start another centre. Don Bosco was a practical man, right or false, we need to follow the footsteps of Don Bosco to do one’s duties faithfully and with devotion and commitment, Fr Joyce said.

Earlier Bishop Rajendren opened and inaugurated an adoration chapel. Feeding the hungry was part of the feast. Hundreds of deserving people from the vicinity were served food on the occasion. A car procession was taken out carrying the Eucharist and Don Bosco’s statue in a tastefully decorated car. Fr Joyce who carried the monstrance conducted the benediction with which the silver jubilee and parish feast came to a close. 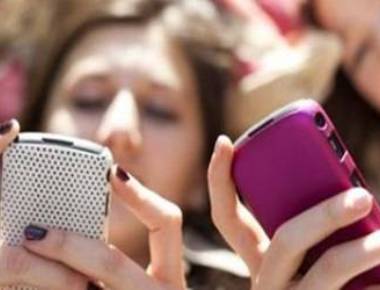 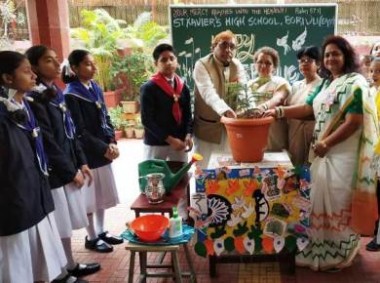