The Vice President of India Shri M. Venkaiah Naidu today urged people to place national interest at the center of their actions and not to indulge in violence.

Addressing the gathering after releasing Om Books International latest release “Turbulence and Triumph – The Modi Years” written by Rahul Agarwal and Bharti S Pradhan at Uparashtrapati Bhavan in New Delhi today, he said that while dissent was the basic quality of democracy, people must follow peaceful, democratic methods and function according to the spirit of the Constitution. 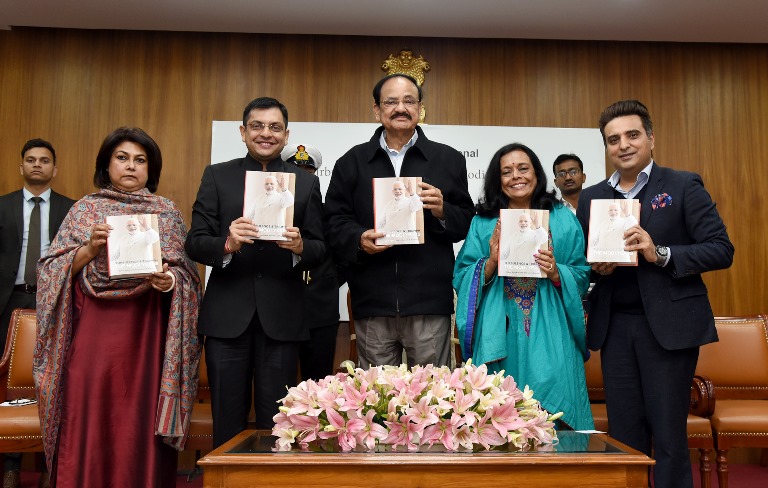 Observing that unity, safety, integrity and sovereignty of the nation were of paramount importance, the Vice President said that people must move forward in a constructive and positive manner. He said people should not do anything that would be detrimental to the image of the country.

He also wanted public representatives to live up to the expectation of people and effectively utilize forums such as Parliament and state legislatures to highlight people’s issues.

Shri Naidu said that he was impressed by Shri Modi’s Mantra of “Reform, Perform and Transform” and added, “Transformation of the nation is the need of the hour and that is what is happening now.”

Vice President applauded the reforms undertaken by the Prime Minister and referred to the profile on Shri Narendra Modi penned by the former President of the United States of America, Mr. Barack Obama, in which he described him as the ‘reformer-in-chief’.

Shri Naidu said that Prime Minister was translating the vision of Mahatma Gandhi into a reality through several schemes such as Swachh Bharat, Make in India, Skill India, Beti Bachao, Beti Padhao and the initiatives on environmental protection that combat the deleterious effects of climate change.

“Modi Ji gave a new impetus to the economy through a number of initiatives such as the Goods and Services Tax (GST). Sabka Saath Sabka Vikas Sabka Vishwas is an eloquent expression of his world view,” he added.

Stating that India’s outreach to the world has been enhanced under Shri Modi’s leadership, the Vice President said “I am happy to note that the world is recognizing and respecting India much more than earlier,” he added.

Congratulating the authors for bringing out the book he expressed the hope that it would inspire the people to imbibe some of the qualities of head and heart as exemplified by Shri Narendra Modi Ji.

Shri Ajay Mago, Publisher of Om Books International, members of the publishing house, Authors and several other eminent dignitaries were present at the book release event. 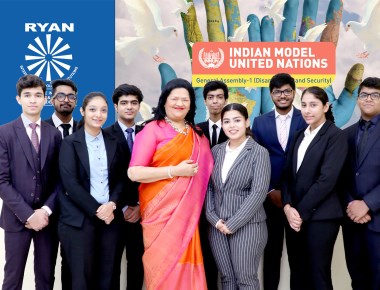 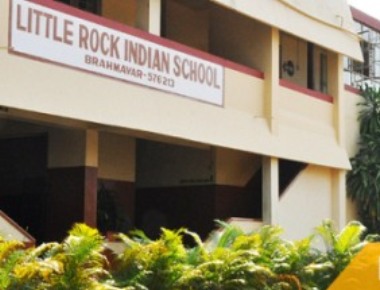 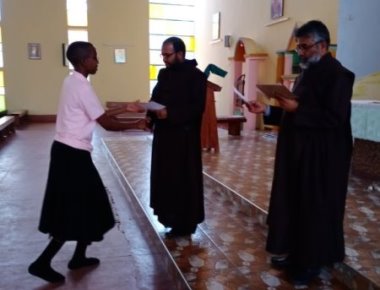 Seminar on Formation by the Carmelite Fathers at Mpandangindo