Karachi, Aug 9 (PTI) Experienced pacer Umar Gul feels Pakistan needs to overhaul its domestic structure on the same lines as India in order to become a top ranking team in all formats and also enhance the financial condition of its players who don't make the national team. 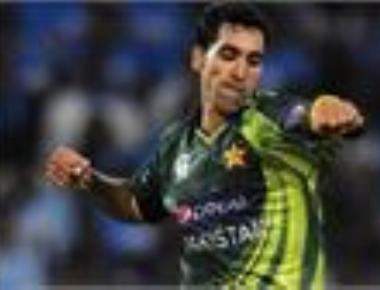 Gul, 31, who has been struggling with a knee problem despite having undergone a knee surgery in 2013, believes that Indian cricket had improved because of its stable domestic system and the Indian Premier League.

The fast bowler, who has taken 163 wickets in 47 tests and another 173 in 126 One-day internationals, urged the Pakistan Cricket Board to follow India's example.

"India is producing top batsmen because they have consistent pitches for domestic matches which are suited for batting and their players gain in batting confidence. In Pakistan the pitches vary a lot and this dents the progress of younger players," he said.

He also noted that in Pakistan domestic cricket there were other problems like it didn't have an advanced schedule like in other countries and the brand of balls was also changed frequently in domestic cricket.

"The Indian domestic players are now earning a lot more compared to our players only because of the Indian Premier League. That is why no Indian plays in any other league they don't need too," he noted.

He said unfortunately in Pakistan the players because they don't earn that much in domestic cricket are forced to accept small contracts to play in England every year.

"I know players who also do other work to earn extra money in England to support their families. Once they earn enough because of the PCB super league they wouldn't need to go anywhere else to earn money and they can program their careers accordingly," Gul said.

Gul, who has been ignored by Pakistani selectors since last playing in a T20 series in Bangladesh in April, said that the IPL had proven to be a big boost for Indian cricket.

"The IPL has not only boosted the earnings of Indian domestic players but also provided them the chance to share dressing rooms with the top players, learn from the best coaches in the world and also improve their cricket skills quickly." .