Mumbai, (IANS): A apecial court here issued a non-bailable arrest warrant against former IPL chairman Lalit Modi on Wednesday for his alleged involvement in a money-laundering case registered by the Enforcement Directorate (ED). 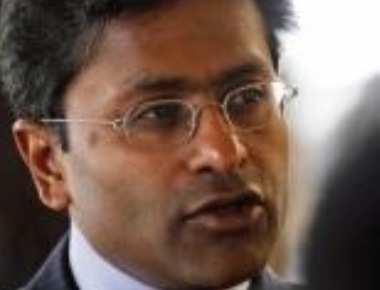 Last month, the ED has moved the Special court seeking issue of arrest warrant for investigating the case against the business tycoon and cricket manager. Despite repeated attempts, Modi's lawyers did not respond to calls and SMSes on his reaction in the matter.

When the matter came up before the court on Tuesday, Special Judge P.R. Bhavake wanted to know from the ED how an arrest warrant could be issued without a charge-sheet being filed in the case and whether the court had powers to do so.

ED counsel H. Venegaonkar submitted that under the Prevention of Money Laundering Act (PMLA), the cases follow a different format compared to the regular criminal cases.
Besides, the lawyer contended that since the case was in the pre-investigation stage, the Special Court has the jurisdiction to issue the NBW.

With the issue of the NBW, Modi faces arrest upon return to India and also the possibility of a Red Corner Notice if he fails to turn up.

The ED approached the Special Court after Modi - currently residing in London since 2010 - failed to respond to its summons last month. The ED had filed the case against Modi in 2012 under the PMLA in connection with a mega-deal for IPL telecast rights.

The ED action followed a case lodged by the Board of Control for Cricket in India (BCCI) n Chennai against Modi and others pertaining to the same matter.