29 May 2021: Ashawadi Prakashan, Akhil Bharatiya Konkani Parishad and Uzvadd fortnightly jointly organized the second series of the international webinar based on the short stories of Wilfy Rebimbus, legendary Konkani singer. The three stories are Pintram, muguti and Fatimachem kazar. On the last day of the webinar, i.e, May 29, 2021 Valley Quadros released the e-book in Roman, Devanagari and Kannada scripts respectively.

Cialini Fernandes, lecturer at Carmel College, Nuvem welcomed the participants, highlighting the relationship between life and story. Meena Rebimbus, wife of late Wilfy Rebimbus, expressed her gratitude for such a venture. She spoke about the intrinsic relationship between Wilfy’s songs and social realities. All the three stories reflect the same.

In his inaugural speech Valley Quadros expressed his gratitude to Avil Rasquinha and late Wilfy Rebimbus who were instrumental in helping him to do his literary works in Konkani. Noted poet Melwyn Rodrigues congratulated Ashawadi Prakashan for such a venture, especially highlighting the social dimension of his literature. Konkani writer Damodar Mauzo opined that such a venture is indeed apt and shared other such digital ventures which were happening in Goa in the Konkani world. Former editor of Kannik periodical Avil Rasquinha shared his experience with regard to the story “muguti” which was first published on Daiz.com. Eddie Sequiera shared his opinion about Wilfy’s social attention which were seen in his songs as well as stories.

The president of Goa Konkani Academy, Arun Sakhardande expressed how even in this Covid crisis there are still positive vibes created through the media. Even though we are physically far, the digital platform has brought us closer. Miguel Braganza highlighted the diversity of Konkani which reflects its beauty. Dr Austin Prabhu spoke of Wilfy Rebimbus as a “one-man institution” who relentlessly served Konkani Mai. Veena Pais and Vishwas Rebimbus, children of Wilfybab, thanked Ashawadi Prakashan for making this dream of digitizing their father’s literature into a reality. Jerry D’Mello, Canada, shared his experience about singing in Wilfy’s troupe and then gave a brief summary of all the three stories. Shailendra Mehta thanked all the participants and gave the certificates to Anju Sakhardande, Purnanada Chiari, Rajashree Sail, Pooja Ratnakar, Yogita Vernekar, Cialina Fernandes and others who co-ordinated with their respective colleges to get the students attend this webinar series.

Usha Rane, Anju Sakhardande and Gourish Vernekar expressed how this webinar brought them to an awareness of Konkani literature in Mangalorean variety, with its words and expressions. Fr. Royson, editor of Uzvadd gave the vote of thanks and thanked all those who were responsible for this webinar. This webinar was compered by Cialini Fernades. 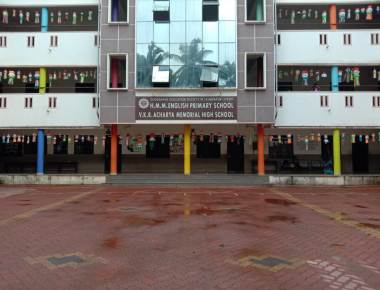 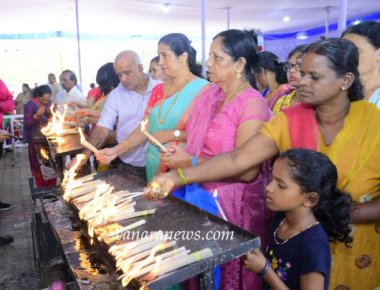 The Annual Feast of St Lawrence Church, Bondel was celebrated with grandeur and devotion on Wednesday 10 August 2022,. 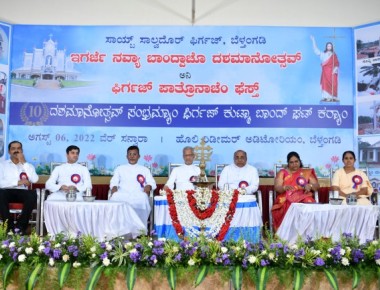