Commercial success of my contemporaries doesn't mess with my head: Shraddha

Mumbai, (PTI) Shraddha Kapoor says it has never happened that success of her contemporaries has played with her mind even when her own films were not working at the box office. 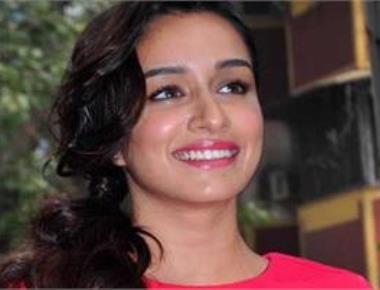 After a string of low performing films such as "Rock On 2" and "Haseena", Shraddha struck gold with Rajkummar Rao starrer "Stree", which is on its way to cross the century mark at the box office.

When asked does it bothers her when her contemporaries enter the Rs 100 crore or 200 crore club, Shraddha said in an interview, "No not really rather what I think is how can I be a part of films that will be good for me as an actor.

"When 'Stree' happened, I reacted to the narration as an audience. I was laughing, enjoying and I knew I had to be a part of this film. It was as simple as that. Rest nothing is in my hand. I don't know which film of mine will do how much business," she added.

The actor said the success of the film has not even "registered yet" and it is not going to change her script choices.

"It (getting a hit) is a really nice feeling but I don't think it'll affect the kind of films I would decide to be a part of. I am proud of every film I've done whether it's 'Rock On 2' or 'Haseena'.

"Success and failure is a part of the industry. I've really tried from the beginning not be attached to either. I have to just do the best I can and that's what I chose to focus on," she added.

She will be seen next in "Batti Gul Meter Chalu" co-staring Shahid Kapoor. The "Half Girlfriend" actor hopes filmmakers keep offering her content driven films.

"It's cool to see a content driven film like 'Stree' do these numbers. I hope I get to be a part of such films. I just hope this means that I'm offered good content films, that will be nice."

With a concept by Vipul Rawal, "Batti Gul Meter Chalu" is directed by Shree Narayan Singh and produced by Bhushan Kumar. The film tells the story of electricity theft in rural India and is scheduled to release on September 21.