New Delhi, (IANS) : An actress and director, Divya Khosla Kumar is a rare combination of both talents rolled into one in Bollywood. She says "good" acting offers are coming her way and she wants to concentrate on facing the camera as of now.

Divya, who debuted as an actress with "Ab Tumhare Hawale Watan Saathiyo", has directed "Yaariyan" and "Sanam Re". She faced the cameras last for a short film titled "Bulbul". 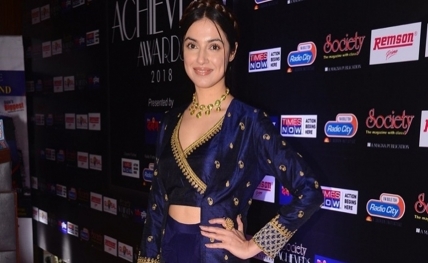 "After 'Bulbul' released, I've been getting very good acting offers. I am reading some of the scripts. Currently, I am open to acting, and I am just going to finalise what I am going to take up next," Divya told IANS.

What about her next directorial project?

"I will do it, but right now I have given it a break. I am concentrating on acting since I have got a few good scripts. So I think that's going to be the next thing," added Divya, who is married to T-Series head honcho Bhushan Kumar and is a mother of one.

Knowing the nuances of filmmaking, does she look into the finer details when she is acting for a project?

"I think I do, because I am a perfectionist. Direction has taught me everything, even acting, as when you're on the field, on the practical grounds, you do everything... It's not easy to make a film... It's very tough to make sure that the vision which starts from your mind comes alive on the screen, and to get people connected to what is there in your mind.

"I do look into the details, but I think all women are like that, they like to look into minute details, isn't it," she said, laughing.

Divya was in the capital last week to receive a Delhiite of The Year Award at the Delhiites Lifestyle Awards 2018. She was excited about receiving the award from former Delhi chief minister Sheila Dikshit.

"When your hometown appreciates you, it means a lot," said Divya, who was born and brought up in the city.

"I am a simple girl and when people see me, they instantly judge by saying, 'You're from Delhi'. Maybe it's my accent or my simplicity... I don't know. Girls of Delhi are still simple and perhaps not as fast as in other cities.

"It's good to be simple and to have your head on your shoulders."

What is it about Delhi that you miss the most?

"I think it's the food, and I will miss it forever and ever. It is amazing. You can never get Delhi food anywhere in the country. That's for sure," gushed the actress-director.

She drools over the 'chaat' and the street food she used to gorge on during winter.

"We used to go to India Gate for a picnic, and have ice cream there... These are beautiful memories from my childhood."