Mumbai, (IANS) : Actress Esha Deol, who hasn't been seen on the big screen for a while, will play a chef in a Hindi short film "Cakewalk".

The film is to be directed by her mother Hema Malini's biographer Ram Kamal Mukherjee, and Abhra Chakraborty. 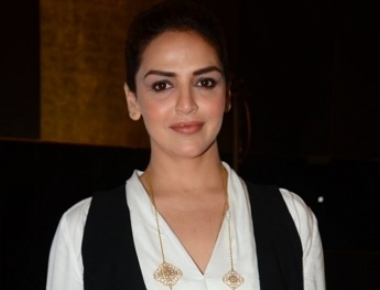 In the short, Esha will depict the professional and personal journey of a woman in Indian society.

"The idea of making a film came into Ram Kamal's mind while he was interviewing me for his book on my mother," Esha, who took a break from films after marriage and motherhood, said in a statement.

Last October, she and husband Bharat Takhtani had a baby girl Radhya, and since then she has been enjoying the motherhood phase.

On the film, Esha said: "I think the idea came to Ram Kamal's mind after he interacted with a couple of working women from various walks of life. He has beautifully woven those incidents into his narrative."

Mukherjee, who has penned the film's story and screenplay, said: "I always wanted to tell a story... It was just a matter of time. It was actually Esha who inspired me to direct the film."

"Cakewalk", which will also introduce model-turned-television actor Tarun Malhotra as the male lead, will be shot extensively in Kolkata by the end of March.

Esha is happy she would be able to wrap up the project soon.

"Honestly, my priority is my daughter Radhya now. I have requested my husband to take a break for a few days and just be with Radhya while I wrap up the shoot in one schedule. And I am lucky to have someone like Bharat," she said.

The project is produced by Dinesh Gupta, Shailendra Kumar and Aritra Das, under the banner of Assorted Motion Pictures and SS One Entertainments.