Kochi, (The Hindu): The complainants had alleged that the lyrics and visuals spoke on Prophet Mohammed and his wife Hazarath Khadeeja in a manner that would hurt sentiments of Muslims. 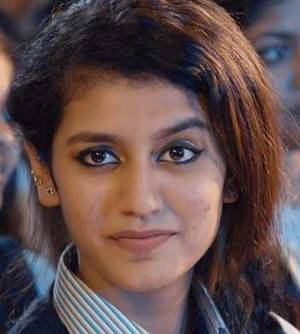 The people behind the viral song, Manikya Malarayi Poovi , in Malayalam filmmaker Omar Lulu's coming movie Oru Adaar Love are getting ready for what seems a protracted legal battle to ensure their artistic and cultural freedom.

A day after a case was registered against Mr. Lulu at the Falaknuma Police station in Hyderabad by a group of individuals who objected to the song's lyrics, the filmmaker told The Hindu on Thursday morning that the song would not be removed from YouTube and the movie.

The complainants had alleged that the lyrics and visuals spoke on Prophet Mohammed and his wife Hazarath Khadeeja in a manner that would hurt sentiments of Muslims.

"Instead, I am planning to meet Muslim religious heads in Kerala and seek their opinion and support. Already, we had received overwhelming support from various sections asking us not to drop the song from YouTube and the movie. Manikya Malarayi Poovi, written by popular lyricist PMA Jabbar and composed by Thalassery K. Rafeeque, is not a song written by us. The hit number remains a most sought after song during marriages and other celebrations in Kerala since 1978," he said.

The song, featuring 18-year old Priya Prakash Varrier who turned into a national hearthrob through her viral wink, has already registered over 19 million views on YouTube.

The film's music composer, Shaan Rahman, said they had retained the original composition, except for reducing its speed. "We have not harmed the soul of the original composition. The movie will have eight songs, including Manikya Malarayi Poovi. The composition of the remaining seven songs is over" said Mr. Rahman, the man behind the hit number Jimmiki Kammal in actor Mohanlal's movie Velipadinte Pusthakam.

iOusepachan Valakuzhy, producer of the movie, said that the popularity of the song and the hype around the film had soared to unexpected levels. "Even before the release of the movie scheduled in June, I have received requests for sale of dubbing rights from across various languages. The second leg of shooting will start at Ernakulam by the end of this month".

The original composer Mr. Rafeeque, who also rendered the song, said that there was nothing derogatory in the lyrics. "Nobody had complained about the song, which has been a popular song in Kerala and outside since 1978.

"Let us see the goodness of the lyrics. And also not forget that it is natural for characters on a campus based movie to wink and express their emotions. Only a few had opposed the song, which was seen and enjoyed by millions across the globe," he said.