Istra, (Russia),(IANS): France midfielder Steven N'Zonzi on Tuesday said he was doing well at La Liga club Sevilla and was solely focused on competing with his national team in the FIFA World Cup. 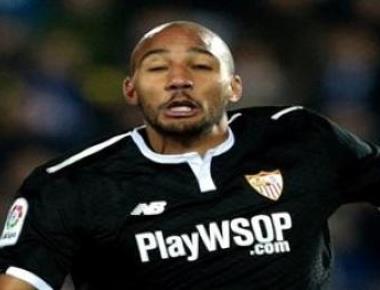 N'Zonzi, who has been linked with a move to Arsenal, insisted that players' contractual negotiations do not affect the team's concentration, reported Efe.

"The most important thing is not the club you play in. I've played in the Champions League for three years in Sevilla and I feel good there," he said at a press conference here, where France is holding their training camp.

However, he did admit: "It's true that a transfer to a big one can favor the progression."

During the press conference, both N'Zonzi and his teammate Antoine Griezmann refused to comment on what direction their sporting careers might take.

"It is not something that is in our head, we have a very important competition ahead and we are focused on that," N'Zonzi said.

Griezmann had declined to announce whether he would remain with La Liga side Atletico Madrid, despite having previously said he would take a decision before the World Cup begins on Thursday.

France is to play in Group C against Australia on Saturday, followed by Peru (June 21) and Denmark (June 26).