Mumbai, (IANS): After showing some power-packed performances throughout the season, celebrity couple Himmanshoo Malhotra and Amruta Khanvilkar were on Sunday announced the winner of dance reality show "Nach Baliye 7". 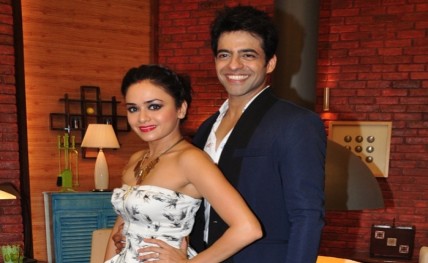 Along with a winning trophy, featuring a dancing couple inside a big ring, the couple got Rs.30 lakh and a Honda Jazz car. They were also presented with a Rs.5-lakh cheque by the sponsors.

"Winning matters a lot in our country and it is often associated with a lot of happiness. We obviously wanted to win and now that we've won, we're very happy. It's like people' prayers been answered and I feel like it's Eid for us today," a jubilant Himmanshoo told Bollywood Country after the victory.

Co-hosted by Rithvik Dhanjani and Karan Patel, the grand finale was a dancing extravaganza witnessing some power packed performances by the remaining four 'jodis'. Also, Chetan was seen shaking legs for the first time on stage.

Following the successful completion of this season of "Nach Baliye", "Dance +", a new dance-based show, will be aired on the channel starting July 26.