I have not been offered 'Half Girlfriend': Varun Dhawan

Mumbai, Jul 17 (PTI) Actor Varun Dhawan has denied reports that he will star in Mohit Suri's "Half Girlfriend", saying he has not been offered the romantic film. 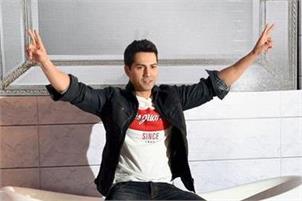 The upcoming 2016 movie, which is based on author Chetan Bhagat's novel of the same name, is being produced by Ekta Kapoor.

Varun's name was attached to the project along with Kriti Sanon.

The "Badlapur" actor says he has not been signed on for the project but would like to work with Mohit in future.

"I have not been offered #halfgirlfriend and I still want to collaborate with Mohit on something soon," the 28-year-old actor posted on twitter.