Lauded abroad, will 'Masaan' prove a point in India?

New Delhi, July 22 (IANS): After the stupendous success of magnum opus "Baahubali: The Beginning" and Indo-Pakistan drama "Bajrangi Bhaijaan", the Indian box office is awaiting the release of small gem "Masaan", which has already spread its sparkle globally. With its thought-provoking content, the film will fetch critical acclaim and positive word of mouth publicity, say trade gurus. 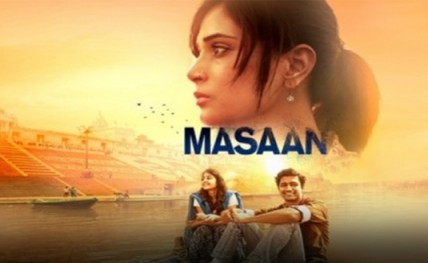 The debut directorial of Neeraj Ghaywan, who assisted Anurag Kashyap for "Gangs Of Wasseypur", "Masaan", even before its run in India, drew plaudits abroad -- especially with its twin win at the Cannes International Film Festival earlier this year -- and thus, rightfully came into focus as a film of substance.

"'Masaan' has won many awards, and in India too, it is being eagerly awaited. I'm sure with word of mouth publicity, it will do extremely well. It will not be able to follow the success rate of 'Baahubali' and 'Bajrangi Bhaijaan' and will surely be overshadowed marginally, but the film will still make its presence felt," trade expert Rajesh Thadani told IANS.

Both "Baahubali: The Beginning" and "Bajrangi Bhaijaan" went past the Rs.100 crore in their opening weekend itself, and have turned out to be big box office grossers this year. But, the spotlight from "Masaan" cannot be taken away for a fact that it won the Promising Future Prize and the International Federation of Film Critics (Fipresci) Award at the Cannes film gala.

With a cast as talented as the seasoned Sanjay Mishra and Richa Chadda, as well as fresh faces such as Vicky Kaushal and Shweta Tripathi, Ghaywan has panned his cameras on facets of Varanasi, a cultural cauldron, where the lives of the characters -- a low-caste boy falling hopelessly in love, a daughter ridden with guilt of a sexual encounter ending in a tragedy, a hapless father with fading morality, and a spirited child yearning for a family -- intersect.

A premiere of the Cannes-cut version of "Masaan" at a fest here saw a full house, but it is unlikely to fetch "good business" when it releases in around 300 screens in India on Friday, said Delhi-based film distributor Joginder Mahajan.

"'Bajrangi Bhaijaan' is still roaring at cinemas. Being a low budget film, 'Masaan' will not be able to follow that success rate...Also, it has not created much buzz amongst masses. It will have a limited response. The film will only release in multiplexes, not single screens as theatre chain owners don't wish to take risk. So, 'Bajrangi Bhaijaan' fever might blow off 'Masaan'," Mahajan said.

Nevertheless, the film's team is hopeful of the best response and have urged people to watch the film as the footfalls for a film like "Masaan" -- which is different in storytelling and treatment, will "prove a point".

"As far as expectation goes, our aspiration or anticipation is that more and more audience and viewers should watch 'Masaan'. This will help us to prove a point that small and beautiful films can be made and that it can also be exhibited across the country in full mainstream spirit and space," Manish Mundra, Drishyam Films, told IANS.

Mundra has co-produced the movie with Anurag Kashyap (Phantom Films) and Guneet Monga of Sikhya Entertainment, and it is being distributed in India by Anil Thadani of AA Films.

Kashyap himself is proud of the movie, and had expresed that after "Udaan", "Masaan" is one film "I wished I had directed".

An outstanding aspect of the movie is the lilting music by fusion rock band Indian Ocean. Tracks like "Mann kasturi" and "Tu kisi rail si" beautifully blend into the rustic ethos that the movie portrays.

Internationally, the film has already released in France and Switzerland, and it will continue to leave its mark as it will release in UAE on Thursday, a day ahead of its India release. Following that it will hit theatres in places like Baltics, Belgium, Greece, Italy, Malaysia, Portugal, Singapore, South Africa, Spain, Taiwan, Turkey in upcoming weeks and months.