New Delhi, (PTI) Priyanka Chopra may be one of the biggest and most successful Indian stars, but the actor says failures still scare her.

The 36-year-old actor, who forayed into the West with ABC thriller "Quantico", said she feels "miserable" when she faces a setback in any aspect of her life. 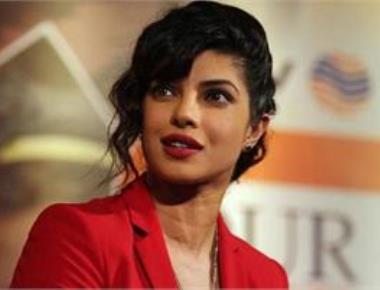 "My biggest fear is failure. I hate failures. I am miserable when I fail. My mom tells everyone, 'Let her be alone for while', whenever I fail. But because I am so afraid of failing that developed a way of not being nervous," Priyanka said.

The actor believes the fact that women have always had lesser opportunities makes them worry a lot about their lives and in the quest to make the best of the options they have, they "tend to pull each other down".

"When I entered the entertainment industry I came in through a beauty pageant. I was also thinking that only I should get the job. So I had to teach myself that I had to be the most confident of the lot. After spending three-four years in the industry I realised if I wear my confidence well I don't need to elbow anyone out.

"I felt if I just be great then I can be the person who actually pushes the other person up. That was a phenomenal change that came in me when I started working in movies... I really want to be that person who can be a support other girls out there because we get less opportunities anyway," she said.

Priyanka said even though she appears confident in front of the world, she still get serious nerves when going on the set.

"I like nervous energy when I walk on to a set. Because if I don't feel like that then I can't perform somehow. I will be complacent and it is boring," she added.