Vadodara, (PTI) Aamir Khan wants more cinema halls to be opened in the smaller cities and remote areas of India.

The Bollywood star said increasing the reach of movies will contribute a lot in the growth of Indian film industry.

Aamir, who was in the city to promote his upcoming production "Secret Superstar", said, "Steps must be taken towards opening new screens across the country, especially in the remote areas and smaller cities. 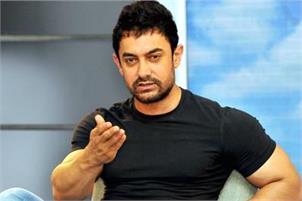 "China has about 45,000 screens whereas in India, we barely have 10,000 screens for all languages. It is really something that we need to learn from them. We need more theatres. I think that will really help the Indian film industry."

The 52-year-old actor added that due to the lesser number of cinema halls in the country filmmakers often face trouble in releasing two big films together.

"It also affects the box-office collections. Theatres in small towns will enable the public to watch the movie at lesser and affordable ticket prices."

During the event Aamir, who has produced films like "Lagaan", "Taare Zameen Par" and "Dangal" said his dream project is "Mahabharata".

"My big dream is to make the 'Mahabharata' but I'm afraid of starting the project as I know it will consume at least 15 to 20 years of my life. My favourite character is Karna but I don't know if I will be able to play him due to my physique, I may just have to play Krishna."

The actor said he has already discussed the subject with researchers and experts.

"I also liked the character of Arjun, he was the only person who asked Krishna as to why should he kill his own people."

The actor said that when he decided to visit Vadodara, he specially asked the organisers to ensure a visit to a venue of a Navratri garba festival.

Aamir said he was impressed with the enthusiasm of the people at the festival.