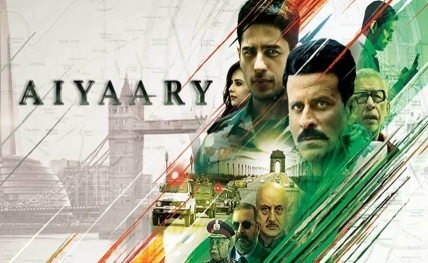 A bench, headed by Chief Justice Dipak Misra, dismissed the plea of Adarsh Cooperative Housing Society which sought a stay on its release.
"Movies don't influence the court's judgement," it said after the society mentioned the film was likely to defame its members and can adversely affect the trial of the case related to the Adarsh scam.

The petitioner also said the movie has shown the members of the society in a bad light.

Written and directed by Neeraj Pandey, "Aiyaary" released on Friday.