Want to be a mother but not for next 2-3 yrs: Kareena

Mumbai, Jul 20 (PTI) Bollywood actress Kareena Kapoor, who married Saif Ali Khan in October 2012, has expressed her desire to become a mother but not in the next two-three years. 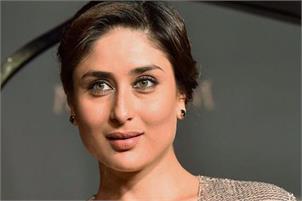 "As of now there are no plans (to have children) and I am very clear about it. Of course I will be a mother someday but not for the next two three years. It is not even a thought," Kareena, who is basking in the success of "Bajrangi Bhaijaan" told PTI.

After getting married to Saif, the 34-year-old actress continued working in all kind of films. The duo tied the knot after a five-year courtship.

"Despite being married, I chose to do good entertaining films including commercial films. It is difficult to balance.

It is important for an actress to do everything," the "Jab We Met" star said.

Kareena, daughter of Randhir Kapoor and Babita, has been in the industry for 15-16 years. She said when she looks back at her career, she feels proud of her journey in filmdom.

"Playing Anil Kapoor's wife (in "Bewafa") to Arjun Kapoor's partner in director R Balki's upcoming film, for me it is a journey. I am still working with all the Khans in the industry. I was working from very young age," she said.

According to Kareena, she thinks that she is the only actress. who balances commercial and off beat films and says she will continue to experiment.

After scaling heights in her career Kareena wants to set an example for others.

"I am not an insecure person. I am happy that after so many years I am still working, I am happy, I am independent, I am married. I would like to be an example for many young girls ...that they can be married and still flourish in their career," Kareena said.

"I don't have any fear apart from the fact that I have to lose my loved ones. I don't care about my position and all that but family does matter," the actress added.