We stand by Priyanka: Varun on 'Quantico' controversy

Mumbai, (PTI) Actor Varun Dhawan has defended Priyanka Chopra, who faced a lot of flak in India for the plot of an episode in her American TV show "Quantico". 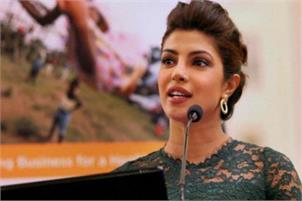 Chopra, 35, took to Twitter recently to clear the air around the episode, titled "The Blood of Romeo", which featured 'Indian nationalists' planning to carry out a terrorist attack in Manhattan and frame Pakistan for it days before a summit on Kashmir.

At a press conference of the International Indian Filmand Academy (IIFA) here last night, Dhawan, Bobby Deol, Kriti Sanon and Ayushmann Khurrana were asked how much involvement actors have in their characters, in view of the "Quantico" controversy.

Khurrana said, "When you play a character, you have your own thought and that can't be right or wrong. You're following a script, a director and that's your first responsibility...There are all kinds of opinions, you will get backlash when you take one side. You can't escape this."

To this, Dhawan added, "To end it, Priyanka Chopra has made the entire country very proud and we stand by her. There's nothing else."

Chopra, in her apology, had called herself a "proud Indian" and said she was extremely saddened that sentiments were hurt.

ABC also apologised for stepping into a "complex political issue" with the story, saying Priyanka was not to be blamed as she did not have a creative control over the episode.

Chopra, who became the first Indian actor to play a lead role in an American TV series, portrays FBI agent Alex Parrish in the show, which is currently in its third and final season.