Mumbai, Jul 21 (PTI) He made superstar Salman Khan groove to his tunes in "Bajrangi Bhaijaan" but now choreographer- filmmaker Remo D'Souza wishes to direct the actor. 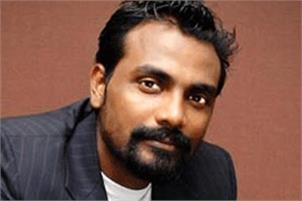 "I am a big Salman fan. So I would love to direct him some day. I hope he gives me dates. I hope he thinks I can direct.

He says yes and I have got 10 scripts (to narrate him)," Remo told PTI.

He is riding high on the success of his latest film "ABCD 2" but Remo, who made his directorial debut with Jacky Bhagnani's "Faltu", said initially people did not take his directorial aspirations seriously.

"Now it feels great but in the past it was a bit struggle to convince people that I could direct. They used to think he can just choreograph music videos...

"Then I did my first film 'Faltu'. Thankfully it wasn't a dance film otherwise people would have thought he can make only dance films. Then I did 'ABCD' and now 'ABCD 2' so now people think I can direct," he said.

The filmmaker has already announced his plans for "ABCD 3".

When asked if Varun and Shraddha, who were seen in "ABCD 2", are a part of the third instalment of the successful franchise, Remo said, "For now, they are. But it is too far, so I am scared that they should not be doing any other film when I start making the film. But I am sure Varun will leave all his films for 'ABCD 3'," Remo said.