Would love to work with a talented actor like Kareena: Fawad

Mumbai, Jul 15 (PTI) Pakistani actor Fawad Khan says he would definitely like to do a film with Bollywood actress Kareena Kapoor Khan. 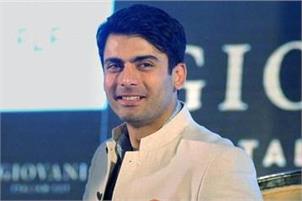 Recently, a picture of Fawad and Kareena went viral, giving rise to speculation that they are working in a film together.

"We happened to shoot in the same studio where she was present for 'Bajrangi Bhaijaan' and I was shooting for Giovani.

"As far as the question of working with her goes, I would love to work with a talented actor like her if I get an opportunity. I have a great deal of respect for these artistes," Fawad told reporters here at an event.

Fawad made his Bollywood debut with "Khoobsurat" and is now working on "Kapoor and Sons" directed by Shakun Batra.

"The film stars great actors like Siddharth Malhotra, Alia Bhatt, Rishi Kapoor and it is fantastic to work with them.

We are hoping to see that release in the first quarter of the next year. Other than that I am in discussion with filmmakers but nothing is on paper yet," said Fawad.

Fawad has worked on small and big screen and he thinks films are challenging.

"I think the charm of television and film is different. I have love and regard for both the media. Nowadays, even television is also seen as films. No one can distinguish, the glamour as it is equal," he said.

When asked about his popularity among women, he said, "I think there is a certain thing which I have assessed... If you are the proper gentleman, every woman tends to fall for you. I feel my attitude is very genuine, and if not then I act really well," he added.