Amma steps into 99, today. Vasantha to the people of her father's family in Mangalore , she is Vasanthi to her folks at her mother's in Uchil and at her Besant School.

P.T. and Guiding teacher at Besant, she is well known for her discipline and efficiency and even now her old students keep visiting her, with all the memories of their Ata teacher, during their Besant School days.

When I met Dr.Shivaram Karanth at Dr. Ninjoor's, during his final visit to Bombay, and introduced myself as Vasanthi teacher's daughter, he exclaimed, " Oh! Games teacher! Such a disciplined lady! Where do we find her kind now?!"

Having lost her father as a three months old, Amma was reared at her father's, Seegeballe House, for six years. This mansion gave shelter to people of our village, too, who came seeking education . Our great grandfather Manjappa was the Founder of our Uchil School, that he established with Sri Beecha Belchappada, to impart education to the poor people of our village. The School celebrated its Centenary, last November, a memorable milestone in its history.

Amma's paternal uncle, Judge Rao Bahadur Ramappa had lost his wife and his little daughters were sent to Seegeballe House, to be nurtured by Aunt Devamma. These little girls, along with my mother were taken to their Estates at Selam and Amma used to narrate the merry time they had in the orchards there.

She fondly remembers her Koppal Chikkama too, who fed her so lovingly during her visits on holidays there.

After her initial six years, Amma was under the care of her Tulasi Vilas Doddappa and spent memorable days there. Excise Inspector Parameshwar , who was also known as Ganjam Inspector then, lived a pompous life those days. The bungalow Tulasi Vilas was built under the supervision of my mother's father, Krishnappa, those days.

The beautiful bungalow had out - houses for the servants and a stable for the horse. Ajja went on his rounds to collect Exercise, on horse carriage and two bodyguards with swords in their hands, ran along side.. My aunt Devaki, father's sister, also niece to Tulasi Vilas Tulasamma, who accompanied her uncle on these tours revealed to us the pomp and show then.

Like Seegeballe House, Tulasi Vilas also gave shelter to boys from the village , who came seeking education These boys were housed in the upper floor, and near relatives like Amma and my elder Chikkapa, stayed below.

Tulasi Vilas children, studying Medical, Engineering, Law and other Post Graduate streams, were said to be boys born with a silver spoon in their mouth. The daughter, Lakshmi won a Gold Medal in her English M.A. from Madras University and Yashoda was a French teacher.

Amma remembers Ajja's affection and discipline likewise. Lady of the house, was a devout Hindu, performing Tulasi Pooja without fail. The way she served equally to all the 25 plates, is often remembered by the inmates, there.

Out in the yard was also placed mango leaf and salt in a plate, for the master of the house, to brush his teeth and how his teeth remained healthy and strong till the end, remembers Amma.

A series of deaths of such illustrious children, soon put an end to the glory of Tulasi Vilas. Devastated, Ajja in his last year's turned religious and spent more and more time in the Church, finally getting converted to Christianity. But he did not succeed in taking his wife along in his faith and she remained a devout Hindu till the end.

From Tulasi Vilas, Amma moved to Madha Vilas, the a ode of her younger aunt, Ponnamma. Madhav Vilas too housed boys of the village seeking education.

One afternoon, Amma sat in the cowshed, reading 'Gone With The Wind', and tears were flowing, reading the pages narrating Scarlet losing her mother. Our Champaka Vilas Ajji, who had come visiting then, asked Ajji Ponnamma, , why the poor girl was crying !

An year after, Amma too lost her mother, who was away at Chervattur, with her nephew, our Anand uncle, then General Manager in the Agriculture Department there.. When the news came, Amma was crying Malpuries and that was the last time she indulged in preparing the same.

Though Amma wished to perdue College education, she could not, as her aunt advised her to take up Teachers Training , instead .

After the training, when Amma applied for a teacher's Post at Besant School, Ekambar Rao, the then School Correspondent, asked her to take up Physical Instructress Training at YMCA, Madras .

Amma's cousin Guddappa uncle, who had applied for a Post in the Customs,, also joined Amma, as she was going alone. Joining there, uncle returned, when he got Posted in Customs and Amma continued with her training.

We have heard from Amma, about her Principal, the English Lady, Mrs. Buck, there, whenever we came across the old photographs.Mrs. Buck had taken Amma to a Dentist on her own, to extract a canine that was protruding in her jaw. She also wished to separate Amma's two toes that were joint by birth, through surgery. But Amma's Doddappa, the Judge ajja ruled against it, saying that it was not important

We as kids never questioned Amma about this special toe, but her grandchildren were inquisitive and Amma used to reply smilingly that she had stuck them with him, when she was little.

Returning with all the efficiency and discipline of YMCA, Amma joined Besant School as a P.T. and Guiding teacher. The school won many laurels and Championship Shields in Dassera Sports and other events and many a President Guides emerged under her training, bringing name and fame to the school.

Tulasi Vilas Amma's nephew, from Uchil, with his stature, simple steadfast ways, with clean white dress, matching his fair complexion , had appealed to Amma and it this liking was mutual but it took Amma away from her paternal house in Mangalore.

Amma's maternal uncles from Talebadi, Uchil, conducted the wedding in their Talebadi House, on 30th August, 1946. It was Ganesh Chouthi and there were no trains plying, due to some reason, but still the students and teachers came walking all the way to attend the wedding.

Amma and Papa often told us about the first Independence day midnight in Bombay and it was a pleasure listening to the same.

As the pollution from the Bombay Mills harmed Papa's health, they returned to Mangalore and Amma was called again to teach at Besant and Papa joined Vartak Vilas in Bunder.

Whole day Amma would be standing in the ground, attending games periods and later in the evening, After Class games and then the Guides class. She would reach home after six thirty and once she was home, she was a hard working machine at home too.

Equipments like gas stove, mixer, water tap and washing machines were unseen then. Amma burnt firewood, drew water from the well, ground in grinding stone and washed boards of clothes on Sundays from morning till evening. Amma and Papa, holding the dried clothes on four edges, pulling at them, and folding them so nearly, made them look like we'll ironed clothes. Amma's copper and bronze vessels and plates and tumblers, washed with tamarind and ash, shone like gold and everything was in order.

While grinding Amma used to read stories of Cinderella and Sindabad the Sailor, and other stories to us.

Papa, after the day's duty at Vartak Vilas, used to catch the evening train and go to Uchil, to look into the School affairs as the School Correspondent. Returning late in the night by the eleven O'clock train, they both would have their dinner, but Papa could never sleep as he was highly asthmatic. Amma tended to him, preparing coffee at night, patting his heaving chest and back, giving medicine and often I felt that she was his Savithri, bringing him back from Yama's clutches.

This severe Asthama, a fatal accident at the age of 75 and finally the blood cancer, took our dear Papa away after four years of ailement. Till his last breath, he kept singing his favourite patriotic songs and never once complained of ill -health.

It is twenty years on, and Amma is still taking care of his house for him, with all the zeal of life.

We are deprived of the chance to be with her, this day, due to the present circumstances. Just hope for a better tomorrow to be with her, celebrating her Hundredth Birthday . 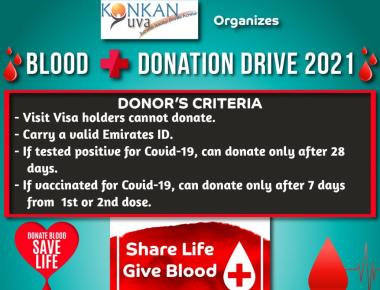 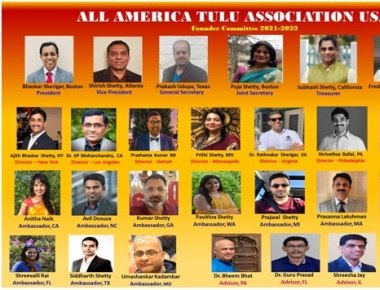 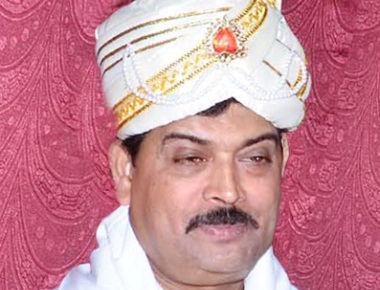