Mumbai (RBI), Apl.09: The Gopalakrishna Public Trust (GPT) and BSKB Association Mumbai have completed almost all the work of Gokula Shri Krishna Mandir in Mumbai. But this is the same Shri Krishna Mandir, which is scheduled to be held from June 12 to 20, 2021 It is inevitable that the coronation of Gokula's new building will be postponed by Corona as a precautionary measure. Gopalakri -shna Public Trust and BSKBA Mumbai President Dr. Suresh S. Rao Kateel said.

Dr. Suresh Rao, BSKBA Vice President Vaman Holla, Hon. Secretary A.P.K Pothi, Hon. Treasurer CA. Haridas Bhat was present and had detailed information about the construction of the temple. As we all were preparing for the Gokula service in June this year, the corona pandemic was interrupted and the re-commencement of the missio -n was scheduled to be held in January 2022.

The Gopalakrishna Temple, consisting of 44 Kesavadi Krishnasila Devata statues, is decorated with pearls, face mantapa, ornamental tirtha pavilion made of ash stone, and the inner ceiling is decorated with wood carvings of Lord Krishna. The birth of Vasudeva's Suputra Krishna, Krishna's crossing the Vasudeva Yamuna River, Gokula, Krishna's Balayalee, Kaliya Mardana, Govardhana Giridhari, Jambavati Kalyana, Sri Krishna Tulabharana, Draupadi costume, Gitaopadesa, Bhakti Sadhavashanaya, Sridevasana, Sridevasana, Srvadasavana, 12 The forms are made of teak wood carvings on the surface of the shrine. Similarly, the artwork of the Dashavatara statues of Vishnu, the golden embellishment of copper sheets, has been created. The surface of the temple is carved in teak wood.

On the inner surface of the entrance are paintings depicting the Mahabharata written by Udupi Kadegolu Krishna, the Vedavasya, and the Mahabharata written by the Maharishi Valmiki. A total of sixteen beautiful images thus make the temple a place of devotion. The front (center) floor of the Tirtha Mandap is shaped like 12 feet wide Kamalapushpa Rangoli shaped like a Rangoli. With the guidance of skilled sculptors of Tulunadu, the temple's stupa is designed by Udupi Gundibileu Subramanya Bhat in a stone structure with stone inscriptions in the structure. The lower part of the tirtha mantapa (adhistana) is completely decorated with gray stones and decorated with sculptures of Krishnavatara. Vishnumoorthy Bhatt Yellore has carved the temple with carvings and Harish Acharya Puttige.

The purpose of the Krishna Bhagavad Gita is to say that the Supreme Being descends to the earth in some form to establish Dharma by restoring Dharma and restoring the Dharma and restoring the Dharma or the devotees from the cycle of death and death when the law is overpowered. Gokula has been built as a magnificent shrine dedicated to Dasavatara, a temple dedicated to Vishnu Jeevakoti, the Hindu Goddess of Religion. The essence of the ten incarnations of Lord Vishnu is Matsya, Koorma, Varaha, Narasimha, Vamana, Parashurama, Rama, Krishna, Buddha, Kalki (incarnation at the end of Kali Yuga). It is like teaching religion to the next generation.

About 3500 square feet of modern amenities from the services of GPT and BSKBA dual corporations, member associates, donors and pilgrims in the country, The new Gokula Bhavan, which is geared to small rooms, is built in the traditional style of Lord Krishna Mandir. Suresh Rao said. 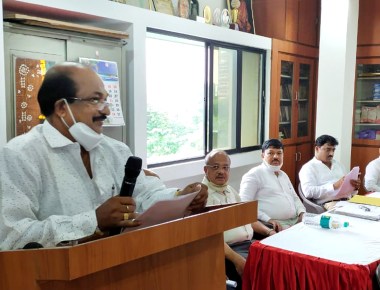 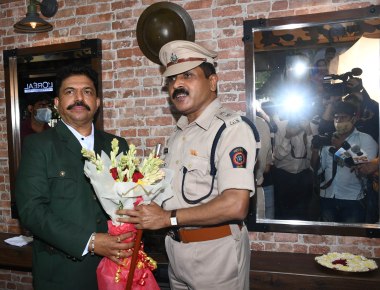 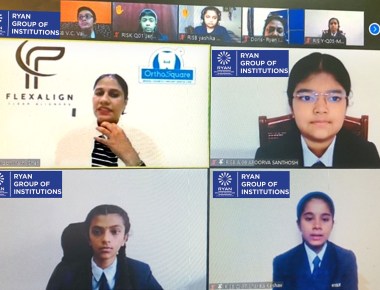