15 minutes a day of physical activity good for the elderly

London, Aug 4 (IANS) Any physical activity - from a little morning walk to picking your grandchildren from the bus stop - during the week will help people above the age of 60 to live longer, a study has found. 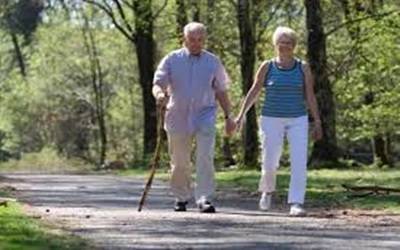 The health benefits of 150 minutes a week of moderate to vigorous physical activity are well known but older adults often find it difficult to reach this target.

The new data showed that 75 minutes of moderate to vigorous physical activity a week or 15 minutes a day was associated with health benefits in older adults.

"We believe that the target for physical activity in the current recommendations might be too high for older adults and may discourage some of them,” the researchers wrote.

For new research, they scanned through relevant research databases for studies published up to February 2015 which assessed risk of death according to weekly physical activity for those aged 60 and above.

Physical activity was measured in Metabolic Equivalent of Task (MET) minutes, which express the amount of energy (calories) expended per minute of physical activity.

One MET is the energy equivalent expended by an individual while seated at rest.

An activity with a MET value of five means you are expending five times the energy (number of calories) than you would at rest.

The analysis of the data showed that clocking up less than 500 weekly MET minutes of physical activity was still associated with a 22 percent lowered risk of death compared with those who were inactive.

The greatest benefit seemed to be among those who went from doing nothing or only a minimal amount of physical activity to doing more.

"Much of the health benefit seemed to be for a reduced risk of dying from heart disease or stroke, while the reduction in deaths from all causes was considerably greater in older women than it was in older men,” the authors noted in the British Journal of Sports Medicine.