Alcohol in pregnancy may put kids at neurological problems risk

New York, (IANS) Mothers who consume alcohol during pregnancy put their children at the risk of impairment in kidney blood flow in adulthood and heightened neurological problems caused by a stroke, warns a study. 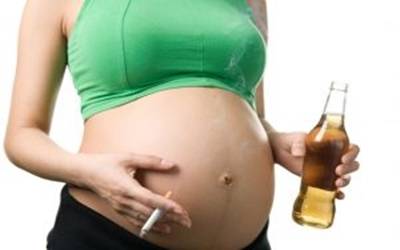 In the study conducted on mice, the blood flow analysis showed evidence for increased arterial resistance within the kidneys -- a sign of possible early onset renal hypertension in the male offspring that were exposed to alcohol before birth.

"The finding indicates that in mice exposed to alcohol before birth, sex appears to play some role in whether the volume of damaged tissue in the brain correlates with functional and neurological impairment," said lead researcher Shameena Bake, assistant professor at Texas A & M Health Science Centre in the US.

Assessing neurological damage caused by stroke, the researchers found greater levels of impairment in the six female and six male mice that had fetal alcohol exposure, compared with the dozen that were not exposed to alcohol.

Moreover, the measurements of the stroke-damaged area of the brain were linked to scores on neurological testing in the females, but not the males, with fetal alcohol exposure, the researchers maintained.

Using ultrasound testing, the team measured blood flow in both male and female offspring of the mice at three months of age.

The study was presented at the American Stroke Association's International Stroke Conference 2016.