Antibiotic use may make kids obese in adulthood

New York, May 14 (IANS) The commonly prescribed antibiotics can lead to changes in the gut bacteria of kids and make them vulnerable to infectious diseases, allergies and other autoimmune disorders, and even obesity, later in life, warns a new study. 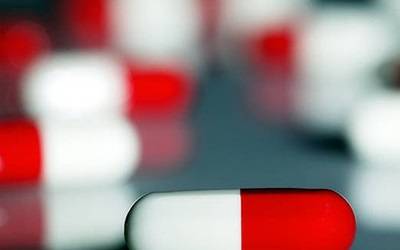 "Over the past year we synthesised hundreds of studies and found evidence of strong correlations between antibiotic use, changes in gut bacteria, and disease in adulthood," said the study's senior author Dan Knights, assistant professor at University of Minnesota.

Antibiotics are by far the most common prescription drugs given to children. Other studies have shown profound short- and long-term effects of antibiotics on the diversity and composition of the bacteria in our bodies, called our microbiome.

In the current study, the researcher developed a framework to map how antibiotics may be acting in the gut to cause disease later in life.

In the case of allergies, for example, the use of antibiotics may eradicate key gut bacteria that help immune cells mature.

Related to obesity, antibiotic-induced changes in the gut microbiota resulted in increased levels of short-chain fatty acids that affect metabolism, the findings showed.

The researchers demonstrated that an infant's age could be predicted within 1.3 months based on the maturity of their gut bacteria.

The findings may lead to recommendations for antibiotic usage and a clinical test for measuring gut microbe development in children.

"We think these findings help develop a roadmap for future research to determine the health consequences of antibiotic use and for recommendations for prescribing them," Knights said.