London, March 21 (IANS) Using antibiotics as the primary treatment for appendicitis does not increase the risk for complications at least in the first year and can significantly reduce the number of surgeries by 92 percent within the first month of diagnosis, finds a new study. 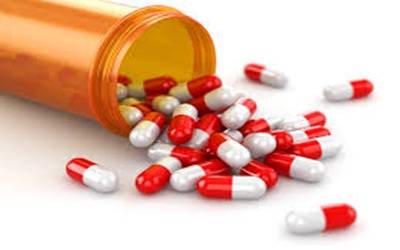 However, this choice of treatment meant that appendicitis recurred in 23 out of 100 patients within one year.

"The studies did not provide a high quality evidence for complications, but according to best evidence available, using antibiotics, as the primary treatment for mild appendicitis does not lead to more complications in the first twelve months of follow-up," said Ville Sallinen, consultant gastrointestinal surgeon at Helsinki University Hospital in Finland.

Antibiotics can be used as the first-stage treatment for mild appendicitis, but that it is unclear how many of those treated with antibiotiocs first avoid surgery in the long term, the researchers pointed out in the study published in the British Journal of Surgery.

Appendicitis is a serious medical condition in which the appendix becomes inflamed and painful and surgery has been the standard treatment for appendicitis for more than a century.

The team analysed five randomised controlled trials comparing the use of antibiotics and appendectomy to treat appendicitis. The trials included in the meta-analysis encompassed a total of 1,116 patients.

According to the meta-analysis, roughly the same number of serious complications was found in the two groups: in 5 percent of the cases in the antibiotics group and 8 percent in the appendectomy group (pooled risk difference: -3 percent).

In the antibiotics group, 8 percent of the patients underwent an appendectomy within one month, and appendicitis recurred in 23 percent of the cases during the twelve-month follow-up.

Based on available evidence, the choice between surgery and antibiotics as treatment for mild appendicitis is a value and preference sensitive decision, the researchers suggested.

Appendicitis is a serious medical condition in which the appendix becomes inflamed and painful and surgery has been the standard treatment for appendicitis for more than a century.