Melbourne, April 1 (IANS) Australian researchers have come up with a unique way of preventing the spread of the dengue virus, a mosquito-borne disease that currently has no approved vaccine, according to a media report on Wednesday. 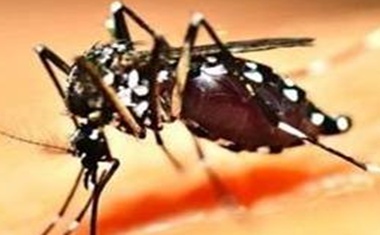 The University of Melbourne-led team of researchers discovered that mosquitoes, exposed to an insect bacterium called Wolbachia, were unable to acquire the dengue virus from infected humans, Xinhua reported.

Cameron Simmons, from the department of microbiology and immunology at the University of Melbourne, and the Peter Doherty Institute for Infection and Immunity, said on Wednesday that the discovery could mean a drastic reduction in the cases of dengue.

"We did a 'real world' experiment and allowed mosquitoes infected with Wolbachia and uninfected mosquitoes to feed on the blood of Vietnamese dengue patients," Simmons said.

"Our team then measured how efficiently Wolbachia blocked dengue virus infection of the mosquito body and saliva, which in turn stops them spreading the virus between humans."

The research concluded that in areas where the rate of dengue infection was low, exposing mosquitos to Wolbachia could stop all cases of dengue fever.

"We found that Wolbachia could eliminate dengue transmission in locations where the intensity of transmission is low or moderate," Simmons said.

"In high transmission settings, Wolbachia would also cause a significant reduction in transmission.”

Wolbachia has been introduced in the tropical Australian cities of Townsville and Cairns, in the northern state of Queensland, and researchers expect the number of dengue infections in those centres to be drastically lower than in previous years.

It is a widespread public health problem in Asia and Latin America, with research suggesting that more than 100 million cases are diagnosed globally every year.