Beware! E-cigarettes may lead to cancer 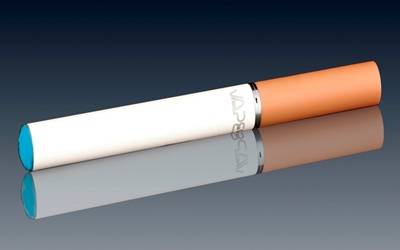 In laboratory tests, the researchers found that even nicotine-free versions of e-cigarettes could make human cells cancerous.

"Based on the evidence to date, I believe they are no better than smoking regular cigarettes," said one of the lead researchers Jessica Wang-Rodriquez, professor of pathology at University of California, San Diego, US.

"Our study strongly suggests that electronic cigarettes are not as safe as their marketing makes them appear to the public," the researchers said.

The research team created an extract from the vapour of two popular brands of e-cigarettes and used it to treat human cells in Petri dishes.

Compared with untreated cells, the treated cells were more likely to show DNA damage and die.

In the main part of the experiment, the team used normal epithelial cells, which line organs, glands, and cavities throughout the body, including the mouth and lungs.

The scientists tested two types of each e-cigarette: a nicotine and nicotine-free version.

Nicotine is what makes smoking addictive. There is also some evidence it can damage cells.

The team found that the nicotine versions caused worse damage, but even the nicotine-free vapour was enough to alter cells.

"There must be other components in the e-cigarettes that are doing this damage. So we may be identifying other carcinogenic components that are previously undescribed," Wang-Rodriguez pointed out.

The team is now trying to sort out those other substances and their specific effects.

There are nearly 500 brands of e-cigarettes on the market, in more than 7,000 flavours. So scientists have their work cut out for them identifying all the potential problems.